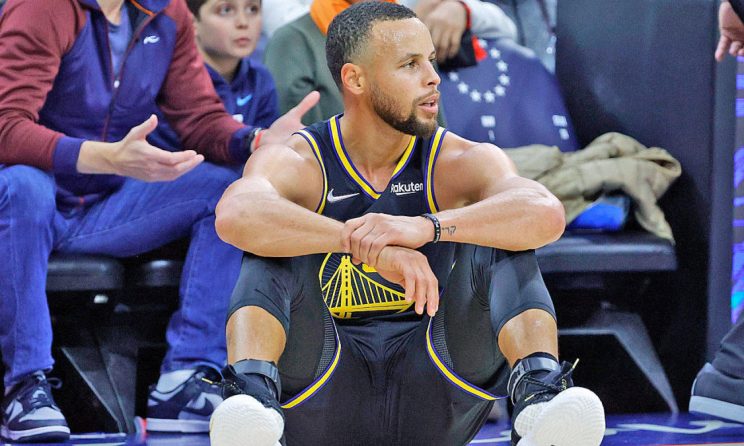 Steph Curry’s pursuit of the NBA’s all-time record for 3-pointers is the big story in the NBA world these days, and ever since he got within a few dozen of Ray Allen’s 2,973 3-pointers, everyone has been trying to figure out when he’ll break the mark.

There was an off chance that Curry would get it done Saturday night, as he entered the Golden State Warriors’ matchup against the Philadelphia 76ers needing 10 triples to set the record. He didn’t even come close. With Matisse Thybulle playing tremendous defense, Curry was limited to 18 points on 6 of 20 from the field, and made just three 3s in the Warriors’ loss.

That leaves Curry seven 3s shy of rewriting the history books, which is definitely doable in one game. But those who were hoping to see Curry pass Allen on Monday night in Indianapolis against the Pacers might have to wait. The Warriors are reportedly thinking of resting Curry for that game, according to veteran NBA reporter Marc Stein.

Curry has played all 25 of the Warriors’ games this season and averages more than 34 minutes, so part of that potential decision is a desire to give Curry a break on the first night of a back-to-back. But it’s also clearly an effort to give Curry a chance to make history at Madison Square Garden when the Warriors play the New York Knicks on Tuesday night.

“You have things that you’re doing regular maintenance on, and understanding where we are throughout the season,” Curry said on Saturday night when asked about the report. “So we’ll make the right decision accordingly.”

Asked again directly if he was expecting to play on Monday, Curry repeated himself with a wink: “We’ll make the right decision accordingly.”

You certainly cannot fault the Warriors if they do keep Curry out against the Pacers. He’s been tremendous this season, and thanks to him the Warriors are out to a 21-5 record that’s good for second-best in the league. If anyone has earned a night off, it’s him, and resting for one game of back-to-backs will help keep him fresh for what the Warriors expect will be a long playoff run. Plus, a break from all of the pressure the record discussion brings would do him well.

At the same time, it would be heartbreaking for all of the fans in Indianapolis who only get to see Curry and the Warriors play in person once per season. Missing out on that experience, and the chance to witness history, would be tough.