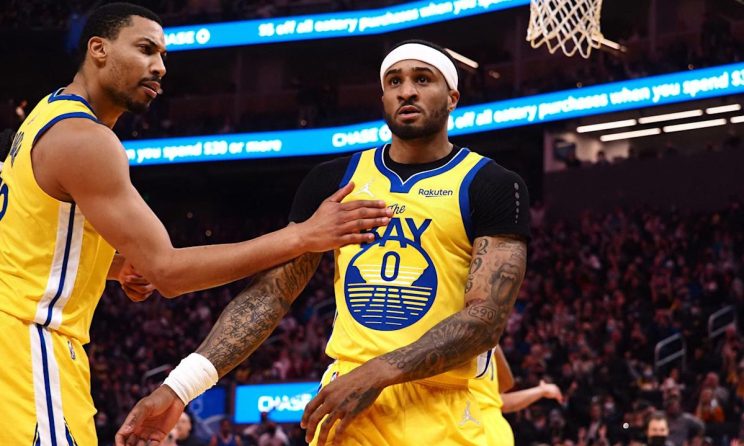 With four players in the league’s COVID-19 health and safety protocol, the Golden State Warriors needed to lean on their depth in a primetime matchup against the Phoenix Suns on Christmas day.

Steve Kerr called on reserve guard Gary Payton II to start alongside Steph Curry in the backcourt on Saturday afternoon. With a chance to start, Payton II provided the Warriors with a fiery spark in the first quarter.

After a Steph Curry missed 3-pointer midway through the first frame, “Young Glove” soared to the rim for a powerful putback dunk over Devin Booker and Deandre Ayton. Payton II’s high-flying dunk helped give the Warriors an eight-point advantage in the first quarter.

In the first half, Payton II recorded 12 points on 5-of-6 shooting from the field with three rebounds in 17 minutes. The Oregon State product added a pair of triples on three attempts from deep in the opening half.