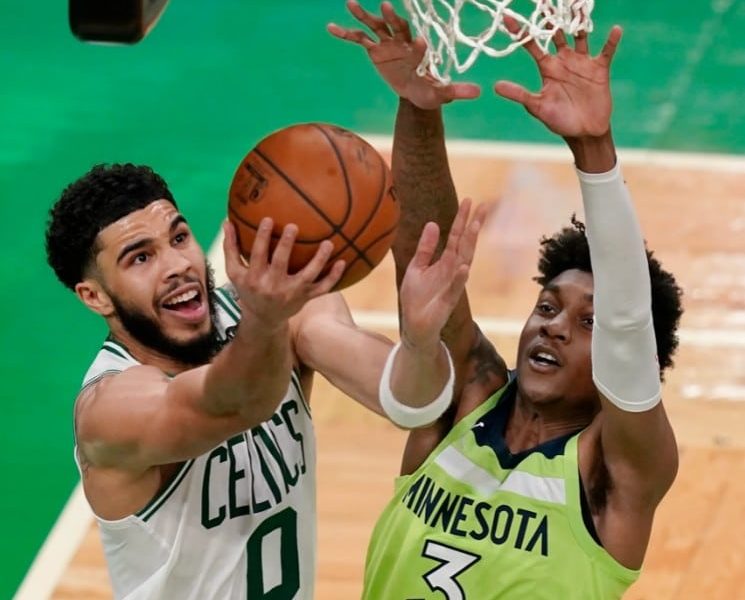 In tonight’s interconference battle, the Boston Celtics (16-17) are facing the Minnesota Timberwolves (15-17) at Target Center. Will the Timberwolves earn their first head-to-head win versus the Celtics since Feb. 22, 2016?

Leading into Monday night’s contest, the Celtics are 17-15-1 against the spread in the 2021-22 NBA regular season, while the Timberwolves are 16-16 against the spread. The start time for this game is 8 p.m. ET. This contest can be watched live via Bally Sports Kansas City, Bally Sports Midwest, Bally Sports North, NBA League Pass and NBC Sports Boston. Referring to Land of Basketball’s database, based on 61 head-to-head regular season games played all-time, Boston is 41-20 versus Minnesota. The Celtics have won the last nine consecutive encounters against the Timberwolves.

As mentioned above, Minnesota has not defeated Boston since Feb. 22, 2016, when the team won 124-122 at Target Center. Switching gears, the top story for tonight’s matchup pertains to the injury report for both teams. The Celtics will be without Jayson Tatum, Dennis Schroder, Jayson Tatum, Grant Williams, Bruno Fernando, Josh Richardson, Aaron Nesmith and Sam Hauser. While the C’s are vulnerable, the Timberwolves are in the same situation. They will be missing D’Angelo Russell, Karl-Anthony Towns, Taurean Prince, Jarred Vanderbilt, Naz Reid, Anthony Edwards and McKinley Wright IV.

Moreover, in the Celtics’ 117-113 road loss versus the Bucks on Christmas Day, Jayson Tatum and Jaylen Brown each contributed 25 points. Guard Marcus Smart accumulated 19 points, 2.0 rebounds and 7.0 assists in 40 minutes spent on the court, too. In the third quarter, the Bucks outscored them 43 to 32. Milwaukee also out-rebounded Boston 48 to 44.

Referencing ESPN’s Basketball Power Index, the Celtics have a 57.7% chance of winning.

As for the Timberwolves, last Thursday, in their 128-116 road loss against the Jazz, guard Malik Beasley scored a team-high 33 points in 43 minutes played. Guard D’Angelo Russell added another double-double to his career total, amassing 19 points, 7.0 rebounds and 14 assists in 41 minutes of action. In the opening quarter, Utah outscored Minnesota 35 to 27.

For intriguing betting trends, the Celtics are 4-1-1 ATS in their last six performances. They are also 3-6 straight up in their previous nine games. Next, Boston is a flawless 9-0 ATS in the team’s past nine matches versus Minnesota at Target Center. However, the C’s are 1-5 SU in their last six road contests, and they are 1-6 SU in their past seven matches against Western Conference opponents. Of course, the team is 5-0 ATS in their previous five games at Target Center.

On the other side, the Timberwolves are 5-1 ATS in their past six performances. And, the total has gone over in eight of their last nine games. Also, they are 4-2 SU in their previous six contests played. Next, the total has gone over in five of Minnesota’s past six head-to-head matches versus Boston. Taking under consideration all of this information, pick the Celtics to win, but the Timberwolves could cover the spread. To learn more about sports betting, read our handicap betting guide.

Pick the Celtics to win, the Timberwolves will cover the spread and the total will go over 214.5. Boston is a 5.5-point favorite on the road with BetOnline.