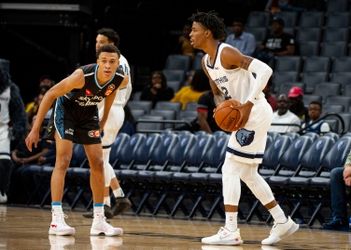 The Nets have brought in RJ Hampton in for a workout within the last two weeks, The New York Post reports, as they continue to do their homework on who they’d like to select with the No. 19 overall pick in the upcoming NBA Draft.

According to The Post’s sources, Hampton has spent part of the pandemic working out with Memphis head coach Penny Hardaway and Mike Miller, a standout 3-point shooter in the NBA.

The 6-5, 188-pound point guard and Dallas native nearly played for Hardaway at Memphis, but instead went overseas to join the New Zealand Breakers.

In his one year as a pro with the Breakers, Hampton averaged 8.8 points, 3.8 rebounds, 2.4 assists and just over one steal a game.

Hampton was once considered a potential Top 5 pick, but has seen his stock drop — even possibly down out of the lottery and near the Nets’ pick at No. 19.

“I think I’m the best prospect in the draft,’’ Hampton told ESPN this week. “Just the combination of speed, size, grit, toughness, the ability to change plays on the defensive and offensive end and then having that experience in the NBL.”

The Nets will need to make a smart choice of who they want to join a core that’s lead by Kevin Durant and Kyrie Irving, as they try and compete for a championship.