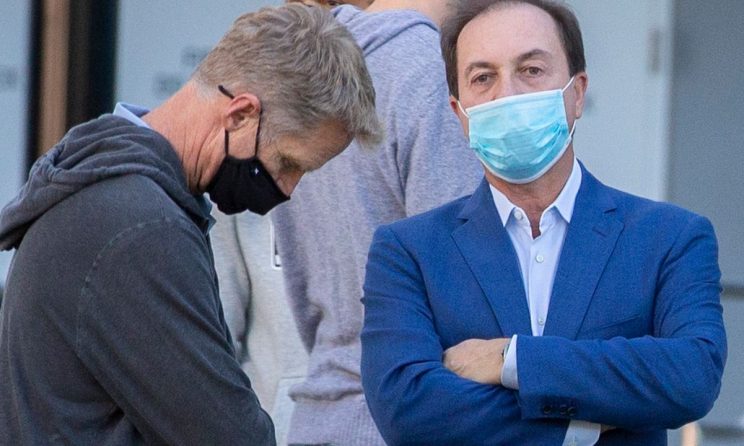 The Warriors knew they would pay a premium to put their roster together this season, and the numbers are still staggering.

Golden State’s luxury tax bill as it stands right now is $147 million, according to ESPN’s Bobby Marks. To put that total in perspective, it helps to know that it’s:

That’s a lot of dough, but it’s what the Warriors signed up for when they traded for Kelly Oubre Jr. after Klay Thompson sustained a torn right Achilles’ tendon. Golden State owner Joe Lacob wouldn’t have it any other way, and he’s the one footing the bill.

That’s how it should be, considering deciding not to pay the tax would result in Lacob and Warriors ownership saving money, rather than Golden State making room for on-court gains.

The Warriors already over the salary cap and luxury-tax line before acquiring Oubre into the trade exception created when they dealt Andre Iguodala to the Memphis Grizzlies last summer. They would’ve had a smaller luxury tax bill had they not used the exception, but those savings couldn’t have then been used to improve the Warriors’ roster this season.

Any organizational savings wouldn’t be an insignificant consideration based on the forthcoming revenue losses during a season in which fans won’t be able to attend games at Chase Center for the foreseeable future due to the coronavirus pandemic, but Forbes valued the Warriors at $4.3 billion earlier this year. The Warriors’ bill also might not be as big as it is now because of those aforementioned losses around the league.