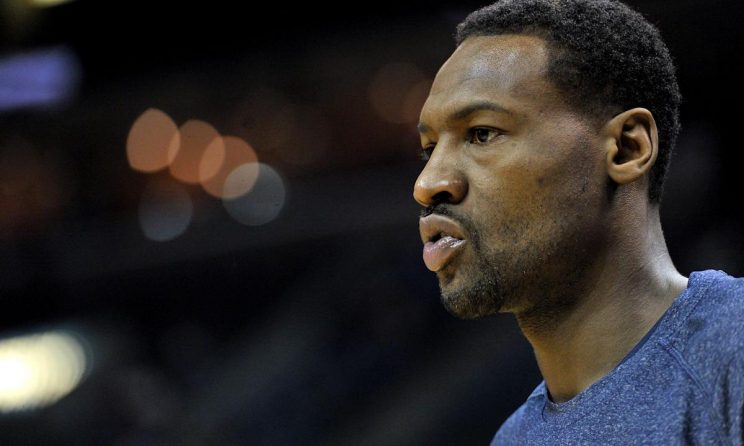 More than a dozen retired NBA players have been indicted for defrauding a league health care plan, according to federal court records unsealed Thursday.

Federal prosecutors allege that the 18 players – including Tony Allen, Glen Davis, Darius Miles and Sebastian Telfair – submitted fraudulent reimbursement claims for a total of $3.9 million between 2017 and 2020, and pocketed about $2.5 million in the process. Allen’s wife, Desiree, has also been charged in connection with the scheme.

In some instances, the defendants claimed to have received medical treatment on a specified date when, in fact, they were not even in the same state or country at the time, according to the indictment, which was filed in the Southern District of New York.

“The defendants’ playbook involved fraud and deception,” Audrey Strauss, the U.S. Attorney for the Southern District of New York, said in a news conference. “Thanks to the hard work of our law enforcement partners, their alleged scheme has been disrupted and they will have to answer for their flagrant violations of law.”

Strauss said the FBI arrested 16 of the defendants Thursday morning. One of the defendants, Telfair, was due to appear in a New York courtroom later Thursday. The others will appear in the districts in which they were arrested, she said.

The scheme was orchestrated by Terrence Williams, the No. 11 overall pick in the 2009 draft. Strauss referred to hiim as “the linchpin.”

Williams allegedly submitted a fabricated invoice from a chiropractor’s office in November 2017 for treatment he didn’t receive. The NBA Players’ Health and Welfare Benefit plan reimbursed him more than $7,600. He then proceeded to recruit other players to join in the scheme, according to the indictment – sending fake invoices to other ex-players in return for a cut of the proceeds.

Prosecutors allege that Williams ultimately received at least $230,000 in kickbacks.

Prosecutors accused Terrence Williams (left) of orchestrating a plan with 17 other retired NBA players to defraud the league’s health-care plan out of $3.9 million.

Williams, who played college basketball at Louisville, spent just four seasons in the NBA with the Nets, Rockets, Kings and Celtics . He played 78 games in his rookie season and never played more than 30 games in a season after that. After falling out of the NBA, he played overseas until his pro career ended in 2015.

All of the defendants are charged with conspiracy to commit health care fraud and wire fraud. Williams is also facing a charge of aggravated identity theft.

The ex-NBA players’ scheme appears similar to one orchestrated by a number of retired NFL players from mid-2017 to mid-2018. Former Denver and Washington running back Clinton Portis is among the ex-NFLers who pleaded guilty in connection with that scheme, where the group submitted claims for nearly $4 million in medical equipment that was never purchased.