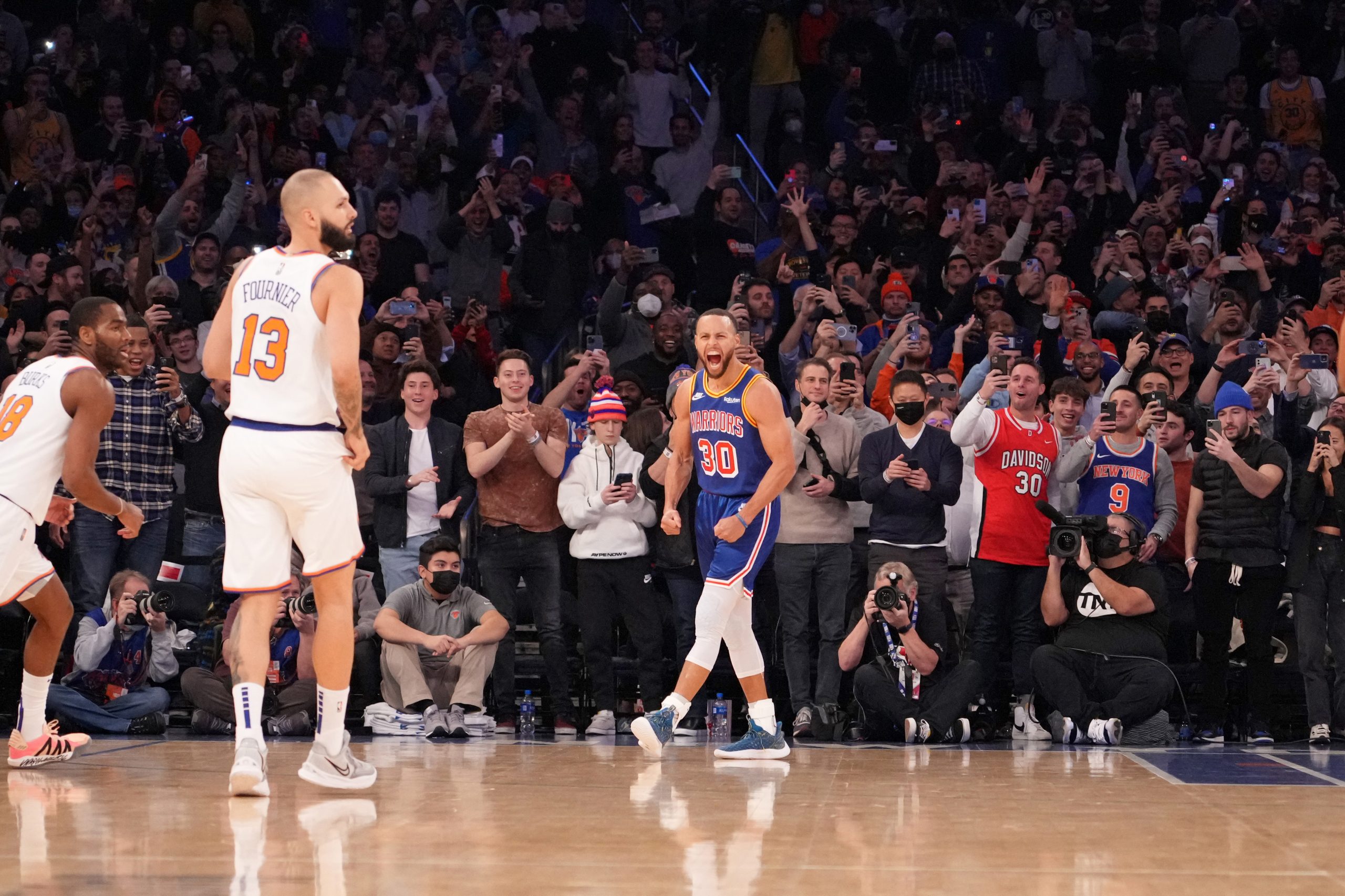 Stephen Curry, arguably the most excellent shooter of all time, made history Tuesday and broke the regular-season record for most career three-pointers made after knocking down his first two attempts early in the first quarter against the Knicks.

One for the history books. (via @NBA) pic.twitter.com/nP5IMTUTk9

Last week as the Warrior legend was approaching the career mark, he only needed to knock 16 three-pointers going into games against the 76ers and Pacers.

“I’m enjoying the moment. Now that you’re knocking on the doorstep it’s pretty surreal, but it’s also trying to just let it happen,” Curry said. “It’s one thing I’ve learned over these last few games is just keep playing basketball, keep taking shots you think you’ll make, and enjoy the experience of it because it’s a long time coming.”

Curry posted 22 points, three assists, and three rebounds while hitting five three-pointers in a 105-96 win over the Knicks. He’s has now knocked down a combined 2,977 shots from beyond the arc.

On November 12, Curry broke the career mark for three-pointers made in the regular season and playoffs, scoring 40 points and passing out five dimes in a 119-93 win against the Bulls.

The Warriors return to play Friday for the front end of a back-to-back, playing against the Celtics and ending their road trip against the Raptors.