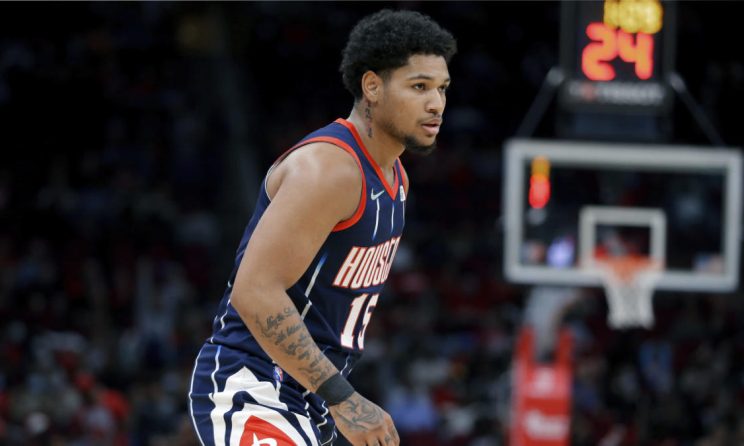 The Houston Rockets are very pleased by the performance of promising rookie point guard Daishen Nix with their NBA G League affiliate, the Rio Grande Valley (RGV) Vipers. He is currently on a two-way contract, which allows him to shuttle back and forth between the teams.

Yet, as of now, there are no immediate plans to recall Nix to the NBA, according to Rockets general manager Rafael Stone. For the time being, newly acquired veteran guard Dennis Schroder appears poised to be the primary backup to Kevin Porter Jr. in Houston.

When asked about Nix at Friday’s press conference and whether there are plans for him to play with the Rockets this season, Stone said:

He’s actually here in town for some administrative things, not for anything basketball related. We’re actually about to go grab lunch.

He’s playing great. He’s really happy, and he’s just developing at an awesome rate. I would imagine that at some point, he will be back. He’s been on the court with the Rockets already, so that’s not a secret, and I would imagine we’ll see that again.

But there’s not, like, a firm plan that he needs to do this or that. We’re really, really happy with his development, and so there’s no need to interrupt that right now.

He knows he’s improved tremendously, and he’s really enjoying his experience. We’re all very much in a good place, right now, with Daishen, including Daishen.

The 6-foot-4 floor general already has plenty of familiarity with fellow rookie Jalen Green, since the two played together last season with the G League Ignite. The 19-year-old went undrafted in 2021.

Rafael is like ‘You need to watch this kid play.’ He is physical. He is a point guard, for sure. He makes those around him better. He can get downhill. He’s shooting the ball a lot better than we had expected or thought that he could.

“Rafael says he’s tearing up the G League,” Silas concluded. For now, the plan appears to be letting Nix continue to do just that.