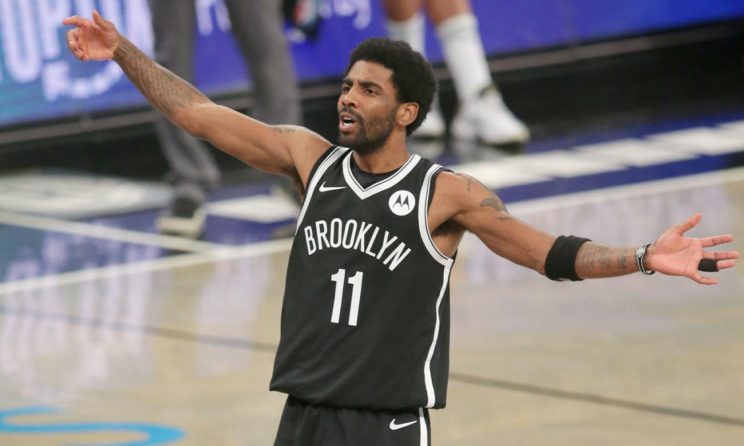 The Brooklyn Nets have made a major decision regarding Kyrie Irving’s status for the 2021-22 season. On Tuesday, the team announced that Irving won’t be allowed to serve as a part-time player for the team, and thus won’t be permitted to practice with the team or play in road games until he is a “full participant” and eligible to play in home games.

Given the evolving nature of the situation and after thorough deliberation, we have decided Kyrie Irving will not play or practice with the team until he is eligible to be a full participant. Kyrie has made a personal choice, and we respect his individual right to choose. Currently the choice restricts his ability to be a full-time member of the team, and we will not permit any member of our team to participate with part-time availability.

It is imperative that we continue to build chemistry as a team and remain true to our long-established values of togetherness and sacrifice. Our championship goals for the season have not changed, and to achieve these goals each member of our organization must pull in the same direction. We are excited for the start of the season and look forward to a successful campaign that will make the borough of Brooklyn proud.

Given New York’s COVID-19 regulations, Irving isn’t permitted to play in games in Brooklyn until he’s proven to be vaccinated. Although he did receive permission to practice with the Nets in New York, the Nets clearly aren’t interested in having him available for just half of the season’s games, or the distraction that would inevitably stem from such a situation.

The fact that the Nets want Irving to be 100 percent available to the organization and his teammates is no secret. Nets star forward Kevin Durant said as much last week.

The ball is now literally in Irving’s court. The Nets open the regular season on the road against the defending champion Milwaukee Bucks on Oct. 19, so he still technically has time to get back with the team and not be forced to miss much game action. The question everyone across the league’s landscape is now asking is if, and when, he will.