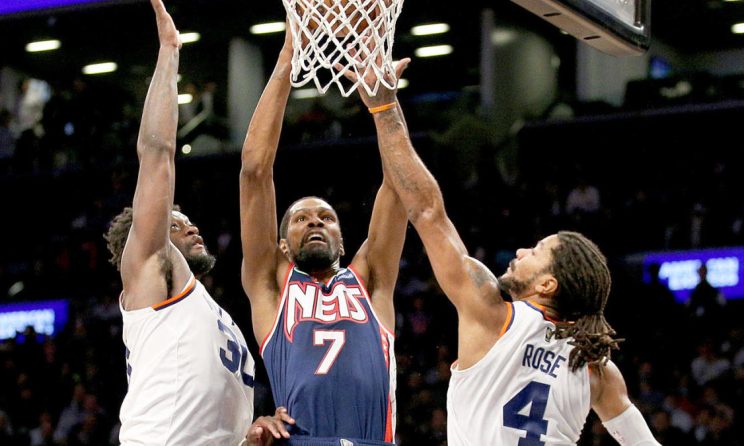 Sometimes the right time to take a player in NBA DFS tournaments on sites like FanDuel and DraftKings is a “slump-buster” matchup. Pacers center Myles Turner has averaged just 9.5 points and 7.5 rebounds in his last two games against the Warriors and Bucks, and hit just 1-of-11 three-point attempts in those starts. Is Turner a turnaround candidate for NBA DFS lineups against Detroit after he averaged 19.5 points and hit 42.9 percent of his 3Ps in the two games ahead of Golden State?

Pistons’ opponents have hit the highest rate of three-point attempts in the NBA at 38 percent. Detroit is also a below-average defense around the rim, and gives up 46.4 points in the paint this season. Turner was remarkably inefficient against the Bucks on Wednesday, and has a chance to immediately move on from his poor performance against a down team. Before locking in any of your NBA DFS picks for Thursday, be sure to check out the NBA DFS advice, player rankings, stacks and top daily Fantasy basketball picks from SportsLine’s Mike McClure.

On Wednesday, McClure had Bucks guard Jrue Holiday in his core NBA DFS picks on FanDuel and DraftKings. The result: Holiday had his best game of the season, with 26 points, 14 assists and four rebounds to return 55 points on DraftKings and 52.8 points on FanDuel. Anybody that included him in their lineups was well on the way to a profitable day.

Now, McClure has turned his attention to the Thursday, December 16 NBA DFS slate and locked in his top daily Fantasy basketball picks. You can only see them by heading to SportsLine.

One of McClure’s top NBA DFS picks for Thursday is Nets superstar Kevin Durant at $12,300 on DraftKings and $12,000 on FanDuel. The Nets are dangerously close to not having enough active players, with seven out due to health and safety protocols. That just means more usage for Durant, who followed up his first 50-point game of the season on Sunday with a triple-double vs. Toronto on Tuesday.

The Nets play Philadelphia on Thursday, which has lost three of its last four games. When the two teams last met in October, Durant put up a triple-double, with 29 points, 15 rebounds and 12 assists. In the three games since sitting out against the Rockets on December 8 (rest), Durant has shot nearly 49 percent from the field and is averaging 8.3 rebounds and two blocks per contest.

Another part of McClure’s optimal NBA DFS strategy includes rostering Rockets center Alperen Sengun ($5,500 on DraftKings and $5,800 on FanDuel). Sengun has seen an increase in opportunities with starting center Christian Wood dealing with knee tendinitis. On Wednesday night against Cleveland, he finished with 19 points and 11 rebounds, and on Thursday the Rockets play the Knicks, who allowed Bucks center Bobby Portis to put up a double-double on Sunday.

In addition to Wood, four of the Rockets’ top rotation players are out with various injuries, opening up more scoring opportunities for a player like Sengun. The rookie’s big night against Cleveland wasn’t a one-off, either, as he’s averaged 15 points, seven rebounds and 1.5 blocks per game over his last four appearances.

How to set NBA DFS lineups for Thursday, December 16