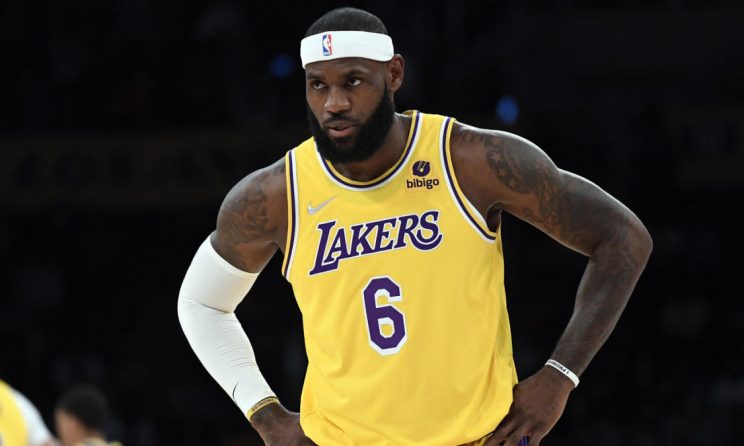 LeBron James is out for Tuesday night’s game between the Los Angeles Lakers and Sacramento Kings due to the NBA’s health and safety protocols, the team announced. James revealed in September that he is vaccinated against COVID-19. LeBron will be sidelined for at least 10 days, or unless he returns two negative test results in 24 hours moving forward, per The Athletic’s Shams Charania. However, ESPN’s Adrian Wojnarowski is reporting that the Lakers star is expected to miss multiple games.

James has already missed a substantial amount of time this season due to issues with both his right ankle and an abdominal strain. He has missed 11 of the Lakers’ first 22 games, and now, more missed time is on the horizon. That is dangerous for a Lakers team that is only 11-11 thus far this season. The Lakers lost to the Kings with James in the lineup on Friday, and Sacramento was missing Harrison Barnes and Richaun Holmes. The Lakers play the Clippers, Celtics, Grizzlies, Thunder and Magic in their next five games after Tuesday night’s battle with Sacramento.

When he has been in the lineup, James has been the best player on the floor for the Lakers. He averages a team-high 25.8 points per game and the Lakers are 7-4 in games he’s played. That doesn’t mean he’s been immune to the effects of aging, though. James has made only 48.4 percent of his field goal attempts this season, the lowest mark for him since the 2006-07 campaign. He is still adjusting to the presence of Russell Westbrook, who may now need to lead the Lakers for another stretch without James.

The Lakers sit at No. 7 in the Western Conference right now, but another period without James could prove problematic. They’ve played one of the easiest schedules in the NBA thus far but have failed to turn those weaker opponents into victories. The schedule is about to get harder, and if they can’t rack up wins right now, their playoff positioning is going to be in jeopardy as the season progresses.