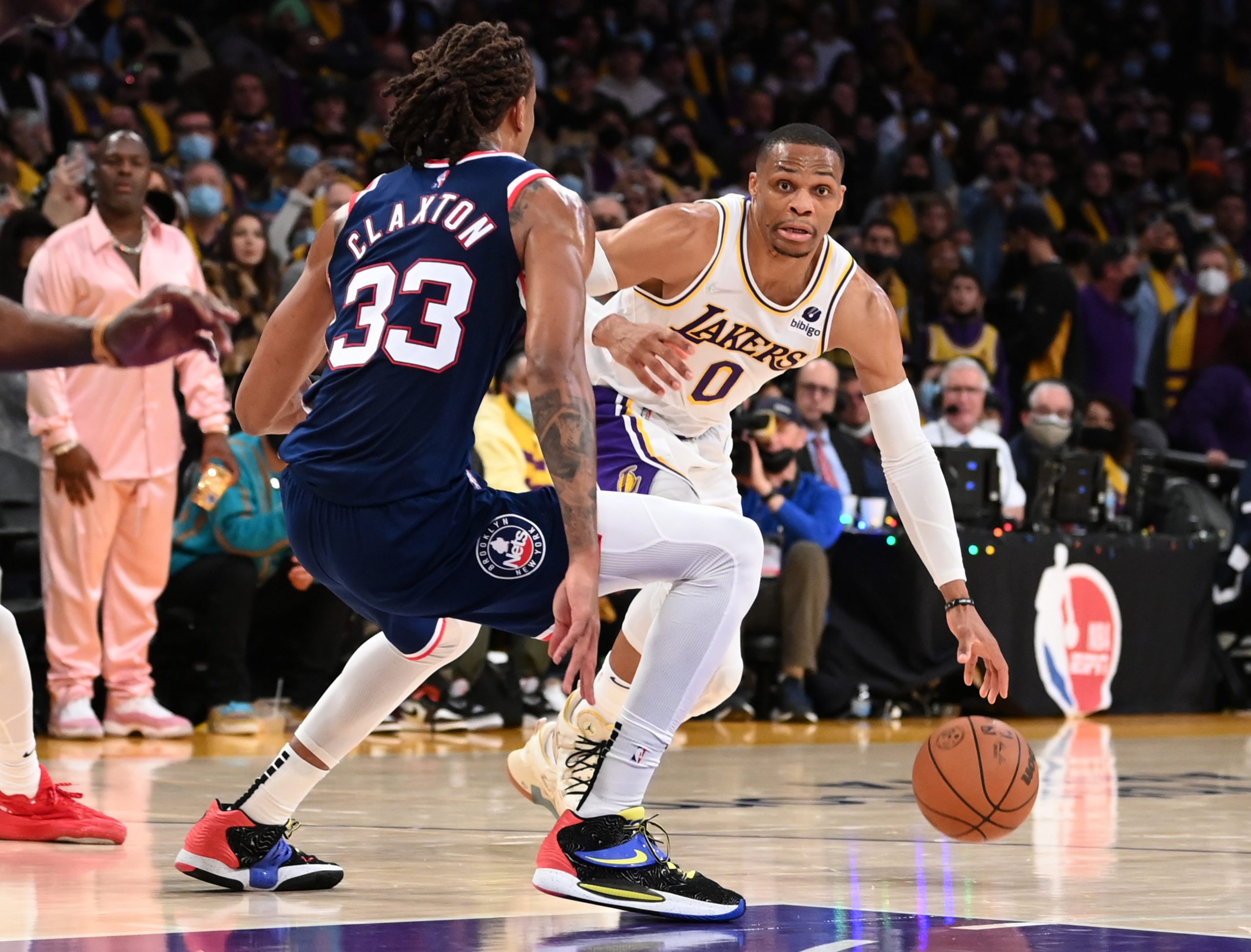 The original plan for NBA’s Christmas Day schedule was to set up the star-studded “Big 3” showdown between the Los Angles Lakers featuring LeBron James, Anthony Davis, and Russell Westbrook and the Brooklyn Nets, who have Kevin Durant, Kyrie Irving, and James Harden to offer to the festivities. Injuries to Davis and COVID-19 taking Durant and Kyrie Irving out of the mix left the Lakers with two superstars and the Nets one.

Despite Los Angeles having two stars to Brooklyn’s one, the Lakers ended up losing 122-115, adding to their five-game losing streak to fall to the 8th seed in the Western Conference. One of the main storylines was the performance of the future Hall of Famer, Westbrook. While the other stars had monster games, he had a nightmarish game shooting only 4-20 from the field, which included a missed dunk late in the game.

James defended Brodie by pointing out the positives he brought to the Lakers’ near comeback via ESPN.

“He gave us extra possessions, he gave us a lot of looks around the basket, which I know that he can’t stand [failing to convert] as well,” James said. “But as far as the effort piece, if a guy plays hard, if a guy leaves it all out on the floor, I got no problem with that. It’s a make-or-miss league.”

Despite LeBron’s observations, Westbrook’s misses are at historic proportions. According to ESPN Stats & Info, his misses shots near the rim show he has two of the worst performances in the last decade.

Russell Westbrook shot 4-15 in the restricted area last night. His 11 misses are tied for the most in a game by a guard in the last 10 seasons.

He tied… himself. Westbrook missed 11 shots in the restricted area against the Nuggets on January 22, 2020. pic.twitter.com/zsEB2ZXDJo

Lakers interim coach David Fizdale explained why he thought Westbrook has struggled at times shooting the ball at times this season via ESPN.

“I just want him to take a lot of that pressure off himself, keep attacking, keep playing the way we know he can.”

Russ has his next chance to bounce back Tuesday night against the Houston Rockets.