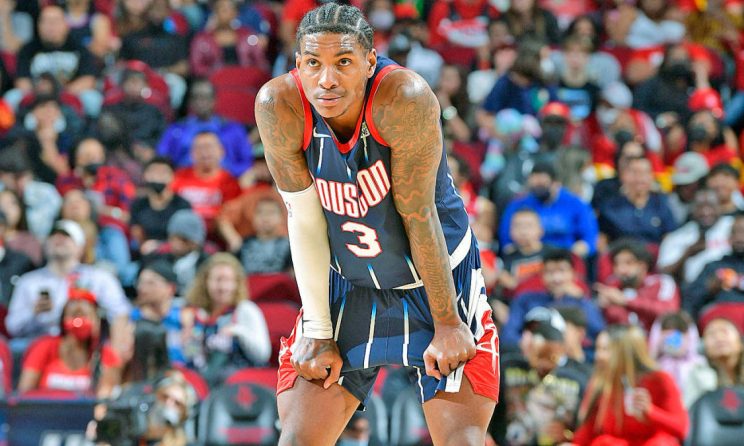 Houston Rockets guard Kevin Porter Jr. left Toyota Center midway through Saturday’s loss to the Denver Nuggets after a halftime argument with assistant coach John Lucas II, according to ESPN’s Adrian Wojnarowski and Tim MacMahon. The argument was the result of Lucas challenging multiple players, including Porter and Christian Wood, but it was Porter who lost his temper. He threw an object and left the arena from there, according to The Athletic’s Shams Charania.

The Rockets announced that Porter was questionable to return in the second half due to a thigh injury, but it was the outburst and his decision to leave the arena that were truly responsible for his absence. Rockets head coach Stephen Silas did not mention Porter specifically after the game, but acknowledged that halftime was heated in his locker room.

“We had a spirited debate,” Silas told reporters. “I have certain demands of this team as far as playing hard. … I wasn’t satisfied with the effort.”

Wood, Houston’s leading scorer, played only eight minutes and did not start, which Silas referred to as a “coach’s decision.” Wood missed a mandatory COVID-19 testing window, according to Charania, and his effort level is reportedly what prompted the argument between Lucas and Porter. Houston was outscored 47-24 in the second quarter, but mostly played the Nuggets evenly in the third and won the fourth 37-25.

Porter has had a number of personal problems during his basketball career. He was suspended by USC for “personal conduct issues” but still managed to get drafted No. 30 overall by the Cleveland Cavaliers. His time with them ended after an outburst following the team’s decision to move his locker. The front office proceeded to trade him to Houston from there. Porter was arrested on suspicion of possessing a gun and marijuana in November 2020, but those charges were dropped, and he was also accused of punching a woman in August 2020, but he was not charged.

Saturday was just the latest incident in what has been a tumultuous career for Porter. The team has not announced any discipline for their young guard at this time.