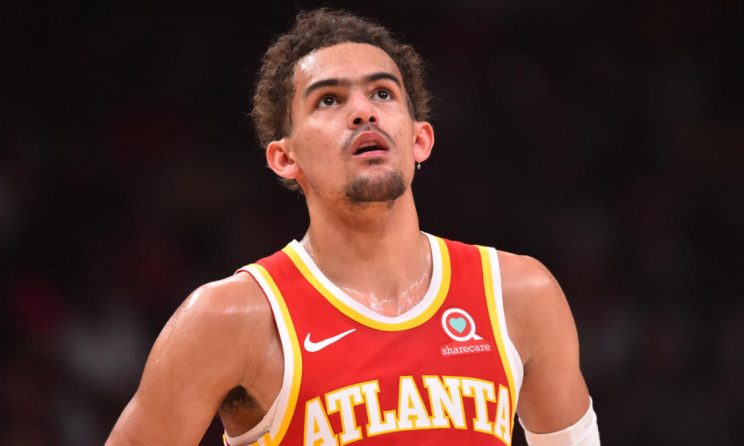 The Atlanta Hawks aim to build on a strong start when they hit the road on Wednesday. Trae Young and the Hawks visit the New Orleans Pelicans in a nationally televised NBA battle. Atlanta is 2-1 on the season following a blowout win over the Detroit Pistons on Monday. New Orleans is just 1-3, though the Pelicans did win their last game against the Minnesota Timberwolves on Monday night.

Tip-off is at 7:30 p.m. ET in New Orleans. Caesars Sportsbook lists the Hawks as six-point road favorites, while the over-under, or total number of points Vegas thinks will be scored, is 219.5 in the latest Hawks vs. Pelicans odds. Before you make any Pelicans vs. Hawks picks and NBA predictions, you need to see what SportsLine’s advanced computer simulation model has to say.

Now, the model has set its sights on Hawks vs. Pelicans and just revealed its coveted picks and predictions. You can head to SportsLine to see all of the model’s NBA picks. Here are several NBA betting lines and trends for Hawks vs. Pelicans:

Why the Hawks can cover

While the team’s performance was uneven in a recent loss to Cleveland, Atlanta’s overall showing through three games is encouraging. The Hawks were a terrific offensive team a season ago, led by Young and John Collins, and they have picked up where they left off. Atlanta is generating 1.97 assists for every turnover, committing a turnover on only 12.5 percent of possessions, and grabbing 27.2 percent of missed shots on the offensive glass. The Hawks have shooting, athleticism and playmaking on offense, and the Pelicans may struggle to keep up.

New Orleans is a bottom-five offense in the NBA to this point, and Atlanta is a top-five defense, yielding only 96.1 points per 100 possessions. The Pelicans rely heavily on offensive rebounding to sustain efficiency, and the Hawks are one of the best defensive rebounding teams in the NBA. Finally, New Orleans is turning the ball over on a whopping 19.9 percent of offensive possessions in 2021-22, and that could fuel Atlanta’s transition offense.

Why the Pelicans can cover

New Orleans has a recent track record of offensive success, including scoring 1.13 points per possession last season. In the early going, the Pelicans are assisting on more than 61 percent of field goals, and have been dominant on the offensive glass. The Pelicans led the league in offensive rebound rate (30.2 percent) a year ago, and New Orleans has been even better (30.5 percent) through four games this year.

The Pelicans were also a top-five team in free throw rate a season ago, and they have strengths defensively. New Orleans was a top-three defensive rebounding team in 2020-21, with above-average free throw prevention. The ability to prevent free throw attempts is crucial against Atlanta, and the Pelicans also rank in the top five in two-point shooting allowed (48.9 percent) this season.

How to make Hawks vs. Pelicans picks

SportsLine’s model is leaning over on the point total, projecting these two teams combine for 221 points. The model also says one side of the spread hits in almost 60 percent of simulations. You can only see the model’s Pelicans vs. Hawks picks at SportsLine.