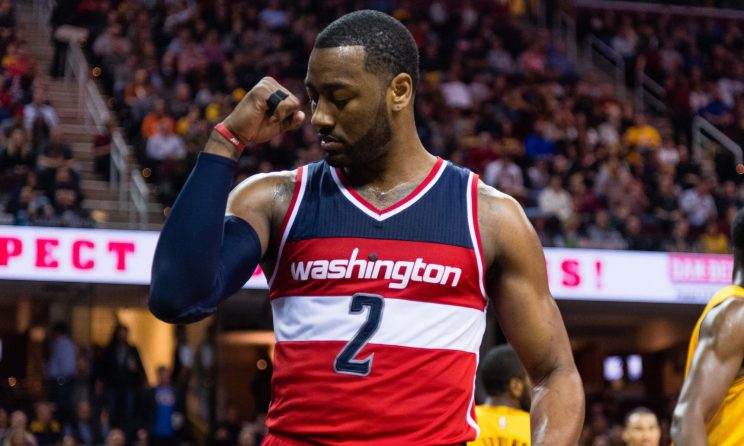 But with the team less than 24 hours removed from a blockbuster trade involving the departure of Russell Westbrook and the addition of five-time All-Star guard John Wall, it was clear what the lead story was.

For Silas, the backcourt combination of Westbrook and James Harden that he anticipated upon taking the job a month ago has now transitioned to a Wall-Harden partnership. And for Cousins, it’s an opportunity to reunite with a close friend that he’s known since childhood, and one with whom he played more than a decade ago at the University of Kentucky.

Here’s a rundown of Thursday’s most memorable quotes by Cousins and Silas, as it pertains to Wall joining the Rockets.

Cousins on the Harden-Wall pairing:

I think it can work. I honestly do. I think John will make James’ job easier. He doesn’t have to handle the ball and make plays for everybody as much, or at the rate he’s done in the past. He won’t be as gassed at the end of games.

Cousins on the trade, and reuniting with Wall:

We’re super excited. I’m pretty sure he’s as excited as I am. There’s obviously chemistry between us from our college days. That’s one of my better friends in the NBA, he was a groomsman in my wedding. His game speaks for itself.

It’s an incredible feeling. This is something that me and him have planned and dreamed about for a long time. That’s a brother for life.

Cousins on when he knew the deal was happening:

Obviously it was something we were talking about, before the news [of the trade] broke for you guys.

Silas on how Wall fits into his offense:

To have John Wall pushing the ball up the floor, and either passing ahead to a running wing, or keeping it and getting the ball into the paint and making all of the great passes that he’s made over his career — that’s accentuated by playing the way that I want to play. Five-out with space, and allowing guys to get into the paint and do their thing.

Silas on his immediate reaction to acquiring Wall:

How dynamic John has been in his career, and some of the nightmares that I’ve had trying to defend him in the pick and roll, and all the pick-and-roll passes that he’s able to make.

When I was in Charlotte, we were in the same division, so we saw him four times per year. Really, with his size and speed and passing ability and ability to get to the rim and make shots, there’s so many things you can do. Especially now that the game has changed.

The game has changed so much in a good way for him, because we’re playing with so much more space. I’m very excited to have him on the team.Defensively, he can get after it, he can switch. He has size, he has physicality. Definitely very excited that he’s going to be a part of what we’re doing here, moving forward.

Friday’s camp interview schedule will be announced in the morning.