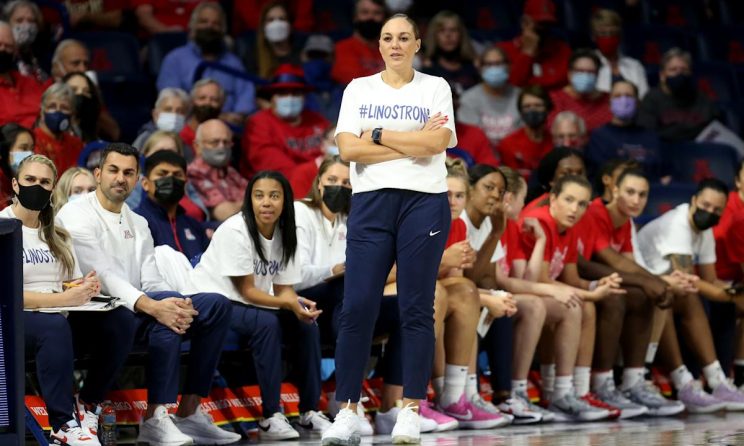 It’s supposed to be the celebrated tipoff to conference play, but like so many other aspects of life, even this is being delayed for most teams this week.

A host of Division I teams are entering 2022 in quarantine and can’t play games because of COVID-19 health and safety protocols. Conferences have adjusted their rules, which formerly called for a team to forfeit if it could not play, and the postponements/cancellations are piling up.

At least three Pac-12 programs are in protocols with games postponed. Arizona, who dealt with protocols ahead of the break, has not played since Dec. 17 and isn’t scheduled to take the court again until Jan. 7. There are also four Big Ten and three Big East programs who had to cancel games due to protocols.

The immediate impact: teams will have long layoffs and later could have packed schedules while also juggling school. Missing these conference games will also impact tournament seeding, matchups and resumes for the NCAA tournament.

The lesser-focused affect is varied, but no less important. Some players and teams may have had to isolate from family over the holidays, already a short period to see their loved ones. They have to deal with the mental health aspect that includes juggling student life while avoiding contracting the highly contagious Omicron variant. And even if they do everything right, it could all come crashing down.

This list will be updated throughout the week with any new conference policies and programs in health and safety protocol.

ACC: Teams required to have seven available scholarship athletes and one countable coach to play. Games will be rescheduled if possible. If not, will be no contest. Conference adopted new CDC recommendation for shorter isolation periods after a positive test if certain criteria are met.

Programs impacted this week: No teams currently in protocols.

Programs: Oklahoma State (scheduled to return Sunday vs. Texas); West Virginia vs. Maryland-Eastern Shore canceled due to issues with UMES

Big East: Games are currently canceled with an attempt to be rescheduled later in the season

Big Ten: Seven players, one coach policy with postponements and cancelations. A team that does meet those numbers, but can make a case it is unsafe to compete, will not face automatic forfeiture.

SEC: Teams required to play if seven players and one coach is available. Games will be rescheduled or declared a no contest.

Pac-12: Minimum players (7) and coaches (1) required. Conference will try to reschedule games or if needed determine a “no contest.” Can levy forfeit if standards of sportsmanship are not met.

Programs: UCLA (vs. No. 4 Arizona, ASU); USC (at UCLA, vs. No. 4 Arizona); Washington (vs. No. 2 Stanford, vs. Cal); Oregon State vs. North Carolina Central canceled due to issues in Eagles program.

Caitlin Clark is experiencing a cold shooting start to the season. (Elsa/Getty Images)

It has been a rough start to the 2021-22 season for the Iowa Hawkeyes, who were ranked as high as No. 8 in mid-November Associated Press Top 25 poll. But the Hawkeyes (6-3, 1-0 Big Ten) tumbled and tumbled some more amid starts and stops, dropping to No. 21 this week after falling six spots. Their fall was the largest and rivaled only by South Florida (No. 18 to No. 22) in a week that was largely untouched.

Iowa had to cancel three games, including a trip to the Cancun Challenge, because of COVID-19 protocols in its program and returned out of a two-week break to be crushed by Duke. A tight loss to Iowa State followed and ahead of the holiday break the Hawkeyes were upset in the final minutes by IUPUI.

Now they’re being delayed again with Thursday’s game at Penn State canceled because of issues in the Nittany Lions’ program. Their next scheduled game is Sunday vs. Illinois.

Iowa could use consistency, or at least a schedule going according to plan to get back in sync. It’s hard not to believe the COVID-19 disruption had something to do with it.

Gabbie Marshall is still the team’s best shooter at around 43%, but McKenna Warnock and volume shooter Caitlin Clark haven’t fared as well. Warnock is shooting 8% worse while Clark dropped from 40.6% to 25% (22-of-88) through nine games. Two of her three worse outings were against Duke (1-13) and IUPUI (1-7).

Schedule as of Tuesday at 12 p.m. ET. See here for the full schedule.