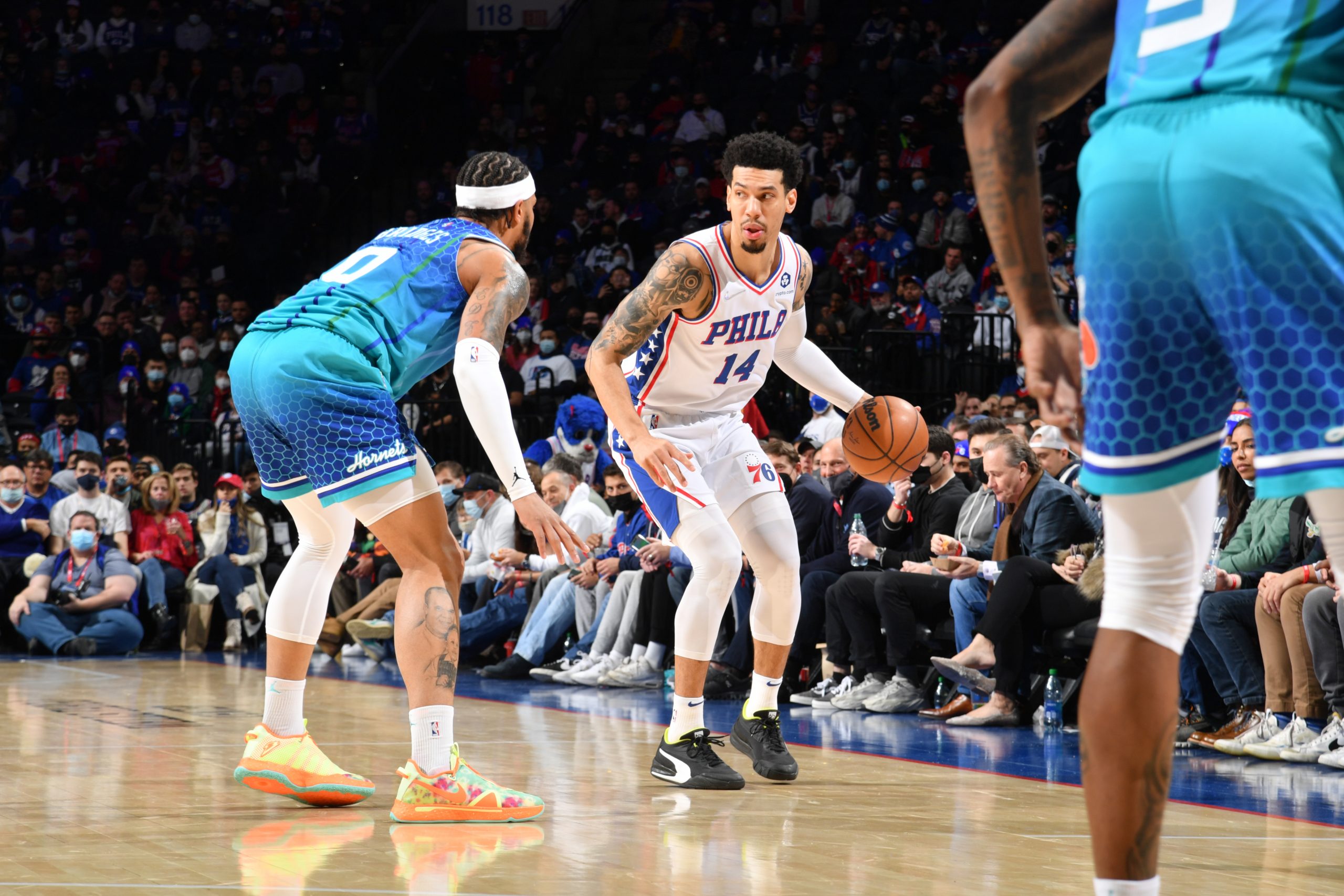 Over the years, Danny Green has racked up three NBA championships with three different teams and set the record for the most threes made in a Finals series. Still, accolades aside, Green is committed to giving back and creating more opportunities and resources for the youth in his hometown of Long Island, New York.

Since his arrival in the League, Green has hosted camps in the North Babylon school district at Robert Moses Middle and High School as well as events such as the Battle in the Apple Basketball Showcase, which showcases the future talent of the NBA, and has featured players such as Jalen Lecque and Jaden McDaniels.

“When I was younger, my dad was always doing things in the community to give back and support the youth. That’s always been a big part of my family and my upbringing.” Green says while on a shared facetime call with his close friend, Kevin Spann, who is the founder of Spann Inc, a basketball business that has put together tournaments around the country. “Helping our community in any way that we can has always been important for us, whether that’s having clinics or helping out kids with S.A.T prep. My dad was the one to do it first, so I wanted to build from that.”

Green has continued to serve as an ambassador of Spann Inc’s endeavors, which includes their latest event: a three-on-three women’s basketball tournament, the She Got Game Classic, that took place at the Barclays Center this past December. The showcase, which featured 16 different teams and 48 women, was inspired by some of Long Islands’ legendary women’s basketball players, many of whom had an immense impact on Green and Spann while they were growing up.

“Danielle Wilson was a beast when I was coming up,” Green says. “Back then, girls were better than us, and they still are. They’re more fundamental than us; we learned a lot from them back then. They had it going, from her [Danielle Wilson] to Kia Wright. Obviously, we had Mary Lepore from my school, and Mary ran our school. She averaged like, 30 to 40 points. But the girls ran all of our schools, and they had it going. We, the men, were just trying to keep up as basketball players with them.”

Knowing that many of Long Island’s women’s hoop legends weren’t given the opportunity they deserved throughout their careers, the mission behind the event is to give women’s hoopers their flowers.

“It’s really about paying homage to these women who are our forgotten heroes. They inspired a lot of us growing up and were better than a lot of us,” Spann says. “Kia Wright was a Long Island All-star, she was doing numbers that no one, not even guys were doing at the time. She deserves to be honored and given the opportunities that haven’t been extended to her, so that’s what we are going to do with this tournament.”

With that, the She Got Game Classic is really just the beginning for what Spann Inc has in the works. As they continue to showcase and spotlight women’s basketball, Spann reveals that they’re planning on putting together eight tournaments, all hosted in NBA arenas, this year as well.

“For the women who haven’t had equal access to arenas, financial equality, and career resources, we want to compete for our own championship coming out of COVID-19,” explains Brand Director Loli Gomez. “Women want to be Seen, Heard, and Championed.”

For more information on the event, read here.