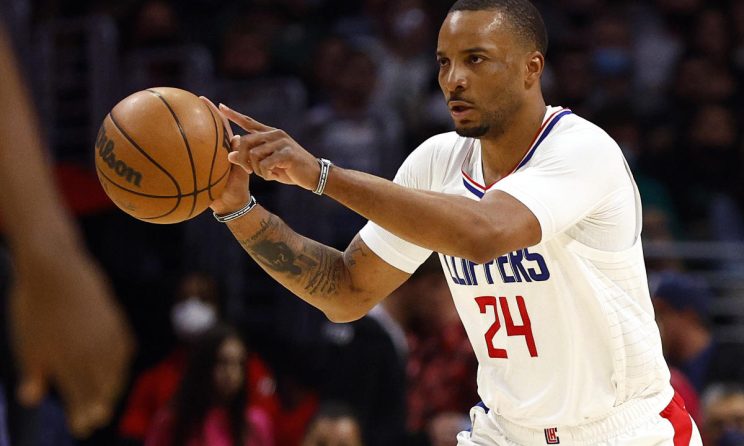 The Los Angeles Clippers are now without their three top wings.

The team announced Sunday that guard Norman Powell, acquired one week ago at the NBA trade deadline, sustained a fractured medial sesamoid bone in his left foot, per Mirjam Swanson of the Southern California News Group.

The injury reportedly will not require surgery, but there is no timetable for his return.

The trade gave the Clippers a well-regarded wing that could help keep the team afloat while hoping for returns from All-Stars Kawhi Leonard (ACL tear) and Paul George (UCL tear), whose timelines to return both remain hazy. Powell seemed to look the part in his short time on the court for the Clippers, averaging 21.0 points, 4.0 assists and 3.0 rebounds and shooting 47.6 percent from the field (42.9 percent from deep).

Powell was one of the brighter spots during his time with the rebuilding Blazers this season, averaging 18.7 points and shooting 40. 6 percent from 3-point range.

Now, though, Powell is just another injury question mark in a season that could still finish in so many directions for the Clippers.

Norman Powell is yet another big loss for the Clippers. (Photo by Ronald Martinez/Getty Images)