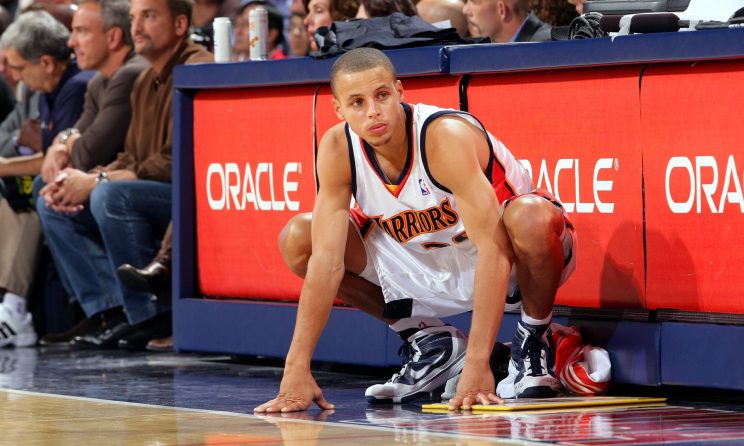 With the benefit of hindsight, we can classify Steph Curry’s NBA debut as a bit of a surprise.

Eleven years ago Wednesday, the guard played in his first regular-season game for the Warriors. Curry’s 14 points, seven assists, four steals and two rebounds that night against the Houston Rockets were decent forebearers of what was to come, but the zero under “3-point field goals” and one under “3-point attempts” were not.

Curry wasn’t trigger-shy for much longer that season, setting what was the NBA record for most 3-point makes by a rookie (166) and knocking down 43.7 percent of his shots from beyond the arc. His highlight reel also was filled with flashes of superstardom, as seen in the rookie-year mixtape Ballislife.com shared Wednesday.

Curry ultimately averaged 17.5 points, 5.9 assists, 4.5 rebounds and 1.9 steals per game as a rookie, finishing second to the Kings’ Tyreke Evans in Rookie of the Year voting. The hallmarks of his game, including his crafty dribbling and incredible shot-making from all over the floor, were there as a rookie, but it took a while for Curry to emerge as a true superstar.

Curry sniffed a 50/40/90 season as a sophomore, but persistent ankle issues forced him to miss 40 games in his third NBA season. The climb to the league’s elite began in earnest during the 2012-13 campaign, in which Curry scored 54 points in a memorable game at Madison Square Garden and led the Warriors to their first playoff appearance since “We Believe” captivated the Bay Area.

A year later, Curry was an All-Star. A year after that, he was an MVP, NBA champion and the league’s biggest star not named LeBron James. Now, he has a unanimous MVP and two more rings to line his trophy case, with the hunger for more after a season in which he missed all but five games.

Curry’s NBA debut didn’t look much like the 11 years that would follow, but that made his ensuing rise all the more memorable.