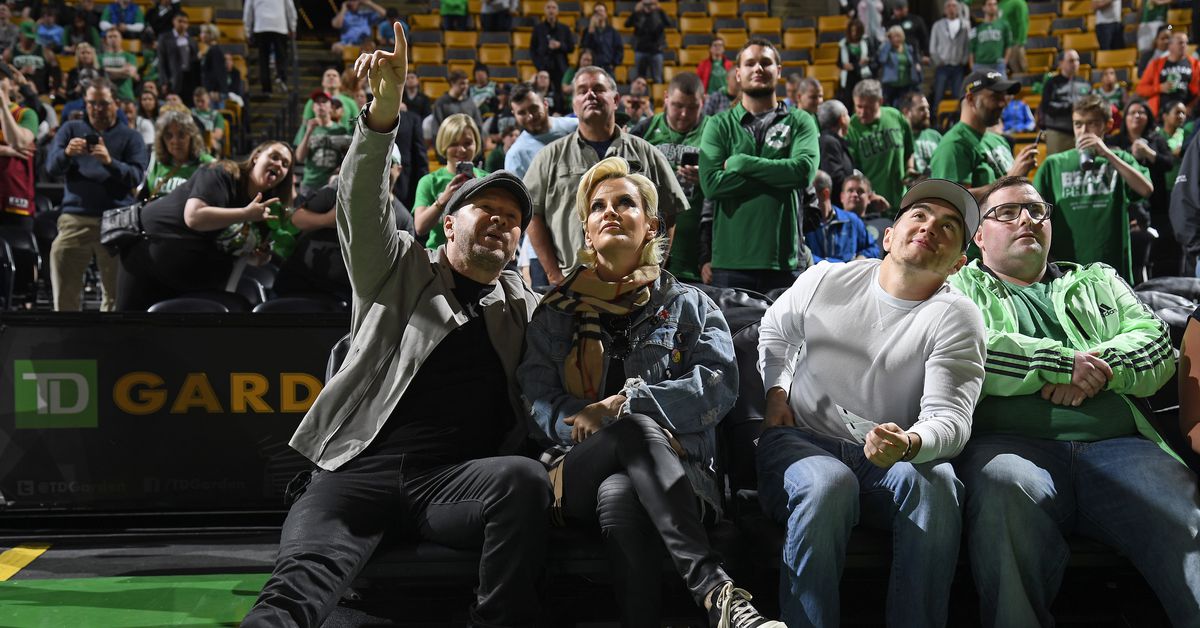 It’s a place where people go to get analysis from media members, interact with fellow fans, get the latest news, and even have some fun with “Weird Celtics Twitter.” The last thing someone would expect to find on there is love. But I suppose there’s a first time for everything.

One year ago today, I met my girlfriend on Celtics Twitter. While that may sound like the awful start to an episode of Catfish, I promise Nev Schulman did not have to get involved. Looking back, maybe I was lucky in that regard.

I was hanging out in a room with fellow CelticsBlog writer Adam Taylor with a bunch of other Celtics fans. To be honest, the topic of the room escapes me, but it was sometime near the start of February in 2021.

While taking a look through the other people also in attendance, I stumbled upon a profile picture of a girl donning a Jayson Tatum jersey. Just a few weeks earlier when talking to my friends, I told them that all I wanted was someone who would watch Celtics games with me. Seeing a girl in a Tatum jersey just seemed too good to be true.

Being the awkward person that I am, I simply followed her on Twitter. She followed me back. Too nervous to make any further moves, I let it be, taking the small victory of a follow back for what it was – a little virtual connection during the pandemic.

(Side note, after telling my friends the story, they began to refer to her as “Celtics Girl,” a funny, yet fitting nickname considering the circumstances.)

The last thing I wanted to do was come across as weird. I liked a few of her tweets and even replied with some witty remarks (or at least, I hope they were witty). But then Valentine’s Day came around, and the Celtics had a game against the Washington Wizards.

Most C’s fans will remember that game – but for all the wrong reasons. Boston got absolutely stomped. Bradley Beal scored 35 points, and outside of Jayson Tatum and Jaylen Brown’s 25 apiece, no one else on the C’s cracked double-digits.

It was an ugly loss in what would end up being an ugly season for the Celtics. But looking back, the fact that the Celtics lost that game was a blessing in disguise, because it prompted me to tweet this:

Looking for a Valentine since the Celtics clearly said NO:

Now, keep in mind, I knew exactly what I was doing with this tweet. As mentioned, I was way too afraid to DM Celtics Girl out of fear that I would be seen as a weirdo. So, I did what any rational person would do… tried to get her to reach out to me instead.

And then out of nowhere, she liked the tweet.

Like a middle schooler, I texted my friends saying that she liked it. So obviously, I just messaged her at that point, right? Well, no.

Again, I did what any sane human would do in that situation: I quote tweeted my own tweet.

Yes, I was being a scaredy cat. I’ll be the first one to admit it. Nerves were getting the best of me as they often do, and I didn’t want to be the one to make the first move.

Sorry for leaking our DM’s, Zoe, but I had to for the sake of the story. (Oh, and Celtics Girl’s name is Zoe, by the way.)

If you think I acted like a middle-schooler when she liked my tweet, imagine my reaction when she messaged me. “Giddy” does not begin to describe it.

From there, we talked for a while, eventually exchanged numbers, and continued to talk Celtics. After texting and Facetiming for a month or so, I wanted to finally go and meet her.

Now, you may be thinking, “You talked for a month and didn’t go see her, what’s wrong with you?” Yes, that sounds wild, but there was one small issue with that plan.

She lived six hours away.

Yes. She was a Celtics fan living in New York, of all places. That meant I would have to drive six hours if I wanted to meet her. And if 90-Day Fiancé and Catfish have taught us anything about meeting people in person who you met initially on the Internet, it’s that it doesn’t always end up being what it seems.

But at that point, I didn’t care.

I drove six hours all the way to upstate New York just to meet her. Two stops for gas and a few wrong turns later, I found out that she was not, in fact, a catfish. (Although I had a pretty good idea of that already. Thank goodness for Facetime.) And I guess the rest is history from there.

When I first walked into her apartment, I saw a sign that said “TD Garden, 333.5 Miles” hanging on her wall. There is a map of the T, a framed photo of Tatum’s poster over LeBron James from the 2018 Playoffs, and a picture of TD Garden. She really is just a Bostonian stuck in New York state.

Zoe is as big a Celtics fan as I am. She gets a new Tatum jersey every year in whatever style the C’s put out, but her favorite player is Robert Williams. Or, as she calls him, “Lobert Williams.” (Which is such a good nickname, right!?) She always tells me that “Lobert” or “Lob Williams” should be his nickname instead of Timelord, which I’ve come to agree with.

Also, Zoe is by far the biggest Deuce Tatum fan I’ve ever met. Whenever we tune in to a game, one of the first things she points out is whether or not Deuce is on the sidelines cheering on his dad. It was especially fun when he stood up to protect Jayson against Nikola Jokic the other night. We both got a kick out of that.

And for those wondering, we’ve already been to four Celtics games together, one of which was the game where an erroneous emergency alarm went off at TD Garden. Talk about a story.

One year and countless trips to New York later, it was fun to look back on how it all started. We’ve been dating ever since, and per her request, treat Valentine’s Day as our anniversary. The fact that it’s already been a year is absolutely insane.

Happy Valentine’s Day, Zoe! And a huge thank you to Celtics Twitter. I truly cannot thank you (and Marcus Smart) enough.