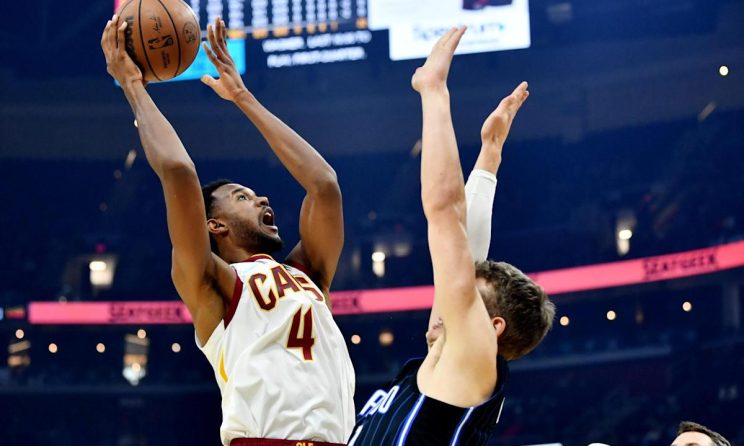 Evan Mobley on Saturday returned from a four-game absence and neared a double-double to help lead the Cleveland Cavaliers to a dominating win over the Orlando Magic.

Mobley finished with 13 points, nine rebounds, four blocked shots and three assists in 33 minutes of work in the 105-92 win. He went 5-of-12 from the field, including 2-of-4 from 3-point range, during his return from an elbow injury.

The third overall pick was active defensively, contesting 16 shots throughout the matchup. He leads the NBA with 14.8 contested shots per game as the Cavaliers are allowing nine fewer points per 100 possessions when he is on the floor.

Cleveland gladly welcomed Mobley back to the lineup after losing all four games without him. He once again dominated in the paint with his ability to alter shots as he has emerged as perhaps the top first-year player to this point of the season.

Mobley experienced no rust in his first contest back and thought it was a great opportunity to get back onto the court. The team certainly performs better with Mobley in games as they hope to build on its win over the Magic moving forward.

‘Cleveland has a good one’: LeBron James impressed by Evan Mobley