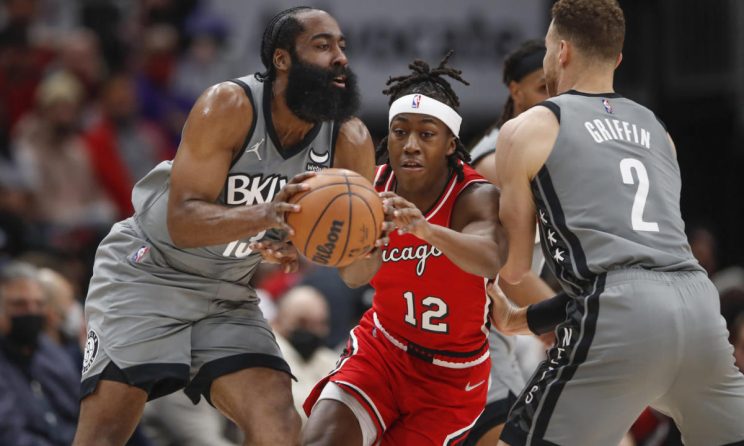 Ayo Dosunmu on Wednesday helped lead the Chicago Bulls to a victory over the Cleveland Cavaliers with another strong offensive performance to snap a four-game losing streak.

He also earned some praise from veteran DeMar DeRozan afterward.

Dosunmu produced 18 points, eight assists, three rebounds and two steals in the 117-104 win to snap a four-game losing streak. He finished by shooting 7-of-8 from the field, including 3-of-4 from 3-point range, in 38 minutes of work.

The 38th pick recorded nine points alone in the fourth quarter to help the Bulls hold off the Cavaliers. He hit a clutch 3-pointer after the Cavaliers cut the deficit to just one point, which spurred a 14-2 run by the Bulls to close out the game.

DeRozan likes the maturity Dosunmu has brought this season as a rookie.

For him to be on a great team, the presence he brings, you wouldn’t think he is a rookie. You gotta be special to carry yourself in that type of way. It’s not in an arrogant way because he is one of those guys that is so inquisitive and always asking questions and always consistently trying to find ways of learning.

He accepts his mistakes and holds himself accountable. That’s big for a young guy to be able to do that. The confidence he has within himself is amazing and you see it when he goes out and plays. He is always ready for the big moments. He takes on challenges defensively and that’s big night in and night out to ask a rookie to take on a lot of duties that he does.

Dosunmu, in 39 games, is averaging 7.2 points, 2.4 rebounds and 1.7 assists with the Bulls this season. He often injects the Bulls with instant energy and effort and has proven to be a strong player at both ends during his time on the court.

DeRozan previously praised Dosunmu for the energy and effort he brings to the court, either off the bench or from the starting lineup. Having played at Illinois and being from Chicago, Dosunmu has emerged as a fan favorite, something DeRozan believes helps energize the team.

Dosunmu has emerged as one of the top second-round picks as the Bulls may have gotten perhaps the steal of the draft given his production to this point of the season.

Bulls’ Billy Donovan explains what he respects most about Ayo Dosunmu

‘He has got that ‘it’ factor’: Ayo Dosunmu impressing with Bulls