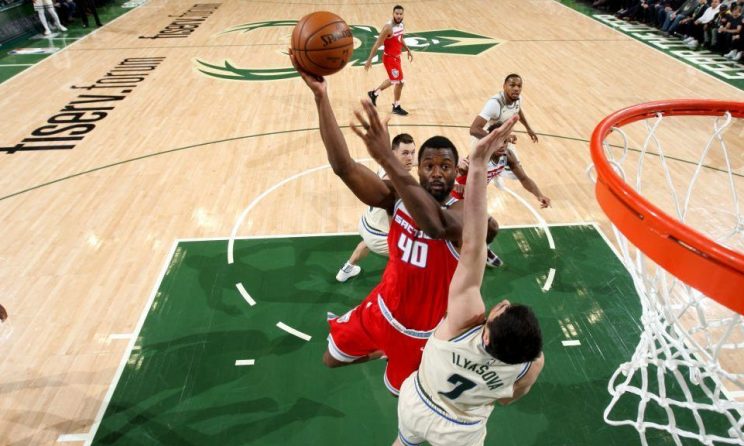 Could Harrison Barnes be part of that deal?

the Bucks have kicked around scenarios in which they also absorb Harrison Barnes, sources have told ESPN.

Does Milwaukee view Barnes as another positive? Or would taking his contract (three years, $60,852,273 remaining) be part of enticing Sacramento to sign-and-trade Bogdanovic?

Barnes isn’t exactly great value at that salary. But the Kings just signed him to this contract last year. They might still think otherwise. Part of the logic behind that deal: It’s tough to lure free agents to Sacramento. What would the Kings do with cap space this offseason?

Of course, maybe there’s just value in reducing payroll in These Times.

Barnes would help the Bucks on the court. He could replace Marvin Williams, who retired, as the big next to Giannis Antetokounmpo in small lineups. Barnes’ combination of post defense and spot-up 3-point shooting was important to the Warriors’ death lineup.

The big question is the cost of getting Barnes.

Milwaukee should be pushing in chips right now. Antetokounmpo is approaching unrestricted 2021 free agency, and the Bucks must impress him. They’re in championship contention, but their roster needs work. Milwaukee is reportedly willing to pay the luxury tax, which would open possibilities.

But there are complications.

The Bucks must send out matching salary for Barnes and maybe Bogdanovic without including a better player. Acquiring Bogdanovic in a sign-and-trade would hard cap Milwaukee – which makes it even trickier to also get Barnes. If willing to spend, the Bucks might find better value elsewhere.

Of course, Milwaukee and Sacramento would have to agree to any deal. If involved, so would Bogdanovic. Those are a lot of moving pieces.

This isn’t impossible. But numerous hurdles make it unlikely.

More on the Bucks