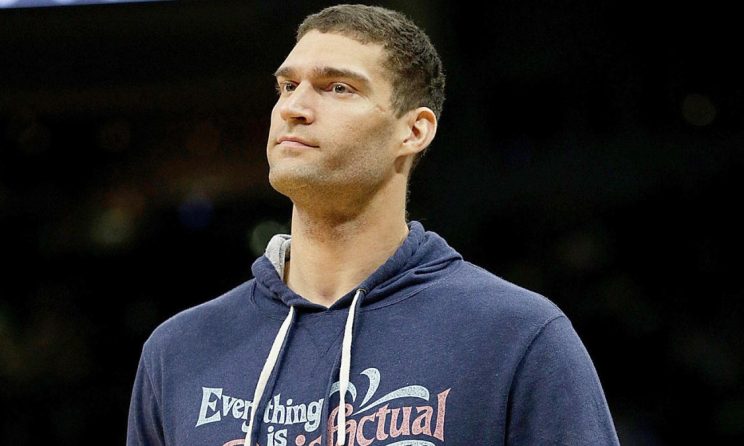 Brook Lopez has undergone successful back surgery, the Milwaukee Bucks announced Thursday, though offered no timeline on his return. Lopez has not played since opening night and has been listed with back soreness ever since. He told The Athletic’s Shams Charania in a recent interview that he was getting closer to a return, but now, obviously, he has been delayed significantly. There is no clear timeline for his return.

The Bucks telegraphed Lopez’s absence when they recently signed DeMarcus Cousins. The move gave them another body at center, where Giannis Antetokounmpo had been playing more minutes than usual. Bobby Portis has also seen his workload increase at the position. The Bucks still haven’t gotten Donte DiVincenzo back from the injury that cost him most of the 2021 postseason, and Jrue Holiday and Khris Middleton have also missed time thus far this season.

Lopez averaged 12.3 points and five rebounds per game last season and was an essential defensive component to their championship run. His ability to space the floor for Antetokounmpo while working with him to generate Milwaukee’s league-best rim protection made him a unique center option for the Bucks. He was especially important when Antetokounmpo got hurt in the Eastern Conference finals, as he scored 33 points in Game 5 against the Hawks in an effort that got them one win closer to the NBA Finals.

Now there’s no telling when Lopez will take the floor again, and that puts significantly more pressure on Antetokounmpo to lead the Milwaukee defense. The surgery happened early enough in the season for him to conceivably return, but back injuries are fickle, and even if he does come back, he might not be as effective as he typically would be. This is going to put a dent in Milwaukee’s repeat hopes, but the Bucks overcame injuries to win it all last season. They’ll just have to hope that they can get healthy enough to do it again this time around.