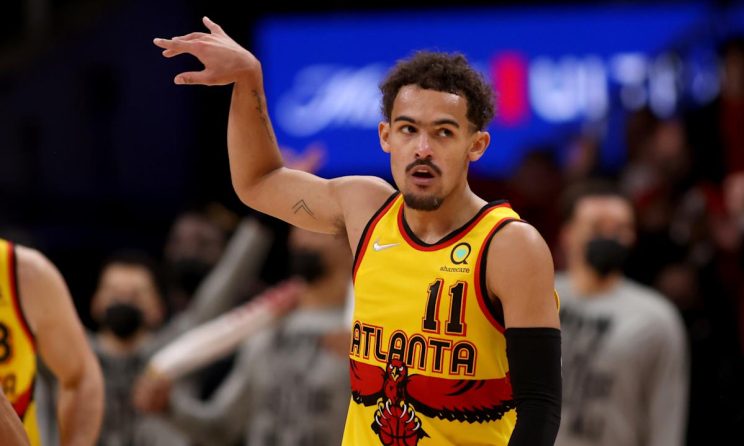 Chef Curry won’t be cooking in this year’s 3-Point Contest but that doesn’t mean we won’t be served an appetizing course in the second event of Saturday night’s All-Star festivities. Eight players will compete to take home a trophy with Mountain Dew’s logo on it, and it feels like any one of them could win. Let’s take a look at this year’s competitors and their odds:

All lines from BetMGM.

This wouldn’t be Kennard’s first time winning a longball competition. The former Duke sharpshooter won the McDonald’s All-American 3-point contest in 2015 before he joined the Blue Devils. Kennard didn’t open as the favorite on BetMGM, but an 8-for-9 performance from beyond the arc on Thursday night led to a flurry of wagers that knocked his price down to +400 and turned him into the odds-on favorite.

Mills is shooting better than 40% from 3-point range for the first time in five seasons. He hasn’t been lighting it up as of late, though. In the six games prior to Thursday night’s 5-of-7 stat line, Mills shot 13-of-44 from downtown. The betting market doesn’t like his price, with just 2.7% of the money on Mills.

Toronto’s guard is a big-time shot maker, hitting 45.9% of clutch 3-point attempts this season. A quick, smooth release is your friend in a timed shooting contest, so that’s one more advantage for VanVleet.

Young had a rough outing the last time he participated in this event, scoring just 15 points in 2020 and getting eliminated in the first round. His 38.3% success rate from deep this year is the lowest of the eight competitors, but he’ll be hard to beat if he’s having one of those hot nights he’s been enjoying lately.

Bane once drilled 43 straight threes during a predraft workout. His shooting motion is a bit more elongated than you would ideally want in a timed event, but he’s converting on 50% of clutch 3-point attempts this season. If he were more of a household name, this price would probably be closer to +500, so I think there’s some value here.

Will the third time be the charm for LaVine? He hasn’t made it out of the first round the last two years. If he happens to win this time around, he’ll be the first NBA player to win both a dunk and a 3-point contest.

McCollum has been filling up the basket since joining the Pelicans, I’m just not convinced he has the long-range consistency necessary to outshoot this field.

Suspected Wordle fraud Towns is shooting a respectable 40.9% on triples this year, he just doesn’t launch that many and it’s hard to see him putting on the kind of big man shooting clinic that Kevin Love and Dirk Nowitzki did when they won the contest.

He’s my second favorite behind Kennard, so I’ll wager a taste on him at the fourth-longest odds.