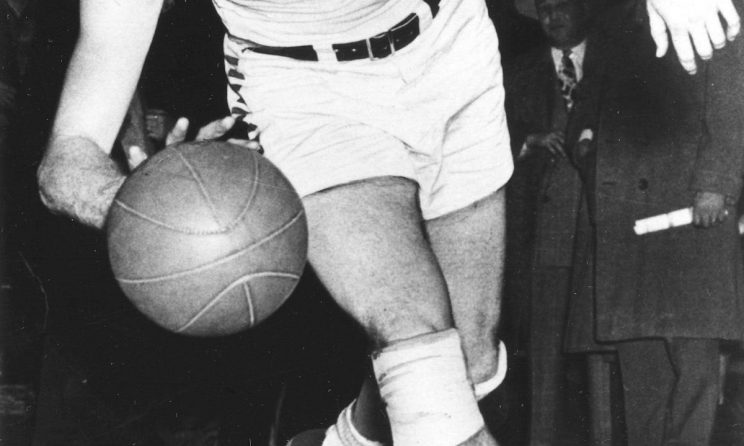 Determining where Michael Jordan fits in NBA history is easy. So, too, Magic, Bird and Kareem.

Those of us who weren’t old enough to watch them play – or play in their prime – have seen the highlights and heard about the exploits. Showtime. The Flu Game. The triple-double in Game 6 of the 1986 Finals.

But what of those players from the early days of the NBA? Or the leagues that were its predecessor? What does averaging 22 points a game mean when Steph Curry is dropping 32 a night this season? Well, it led the league in 1947-48. How does Elvin Hayes compare to the best defensive players today? Tough to say, especially since blocks wasn’t even an official stat until the 1973-74 season, Hayes’ sixth season.

The game has changed so much in the NBA’s 75 years that it’s almost impossible to compare one era to another. But when you’re compiling a list of the all-time greatest players, that’s exactly what you have to do.

Everyone will have a different method. My fellow columnist Dan Wolken, who is as well-versed as anyone on the NBA these days, used the league’s list of the 50 greatest players as his starting point. He added players from the last 25 years he thought deserving, and then made cuts.

“Sometimes the difference between players came down to personal preference,” Zillgitt wrote earlier this week. “Whose game speaks to you more?”

For me, a player’s impact on the game carried particular weight, especially for those players from the early eras. The NBA of today looks much different if there is no Paul Arizin, Wilt Chamberlain or Hakeem Olajuwon.

Which explains my stanning for George Mikan.

Most of our 15 panelists had Mikan ranked in the 30s. Greg Boeck, a former national NBA reporter for USA TODAY Sports, had him 20th.

Before Mikan, basketball belonged to smaller, quicker players. No one imagined a big man could have the speed or agility to make an impact, and certainly not on the offensive end. Mikan, who was 6-foot-10 and 245 pounds, turned that idea on its head.

Rather than parking himself in the lane with his back to the basket, Mikan dominated opponents with his hook shot, which he could shoot with either hand. The NBA widened the lane in an attempt to lessen his impact, to little effect. He was the NBA’s scoring leader six seasons in a row, and won seven titles in eight years in three different leagues.

Mikan also was the NBA’s first superstar, helping the new league thrive when others before it had failed.

It is not a stretch to say that without Mikan, there is no Bill Russell, who was No. 2 on my list. No Kareem Abdul-Jabbar, who I had No. 3. No Shaquille O’Neal, who I ranked 13th. No Nikola Jokic, the NBA’s reigning MVP.

“George Mikan was the model for all big men that followed him,” Miami Heat president Pat Riley, who coached both Abdul-Jabbar and O’Neal while winning five titles with the Los Angeles Lakers and Heat, said after Mikan died in 2005.

“He was truly a significant player from the standpoint that he was light years ahead of others from a size and fundamentals standpoint,” Riley said. “He made the game what it is today.”

So, too, other players whose contributions to the NBA have been forgotten or whose stats pale in comparison to those of today’s players.

This article originally appeared on USA TODAY: Game has changed so much in NBA’s 75 years that comparing players hard