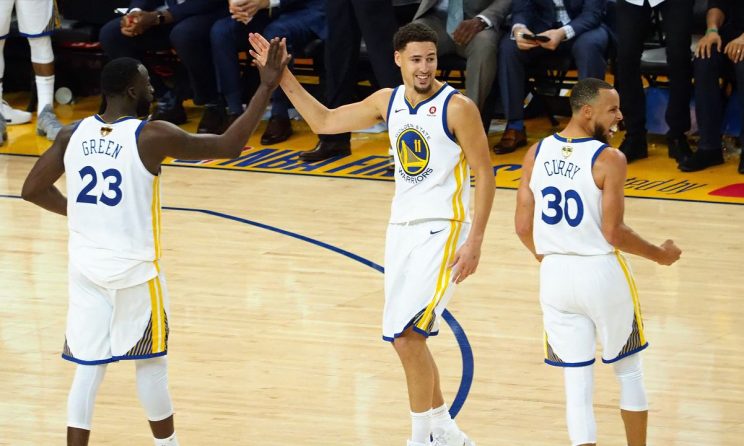 The Warriors learned a lot more about their schedule for this upcoming season Tuesday.

The NBA announced the format for the 2020-21 season, confirming that each team will play 72 games beginning on Dec. 22. No All-Star Game will be played, but Golden State and the rest of the league will still have an All-Star break at the midway point from March 5 through March 10.

That halfway point is relevant because the NBA said it will only release a schedule for the first half of the season around the start of training camps, waiting to release a second-half schedule “during the latter part” of the season’s first half. Every game not scheduled in the first half, as well as each postponed due to the coronavirus pandemic, will be included in the second-half schedule.

So, which teams are the Warriors playing, and how often? Here’s everything you need to know from the NBA’s release of its schedule format.

The Warriors will play:

Home-and-homes with Eastern opponents — which we’ll address later — are easy enough to remember, but the breakdown of where they’ll play their Western rivals is a fair bit more complex. As it stands right now, Golden State will play:

The Warriors are scheduled to play on the road twice against some of the Western Conference teams they’re located the farthest from, but they reportedly might not see them for a while. The NBA will try to limit cross-country flights early in the season and reduce travel by 25 percent on the whole, The Athletic’s Shams Charania, citing sources, reported earlier this month.

If that’s the case, the Warriors could see a steady diet of Pacific Division rivals early in the season. The good news is that Golden State’s division should provide a measuring stick, considering it contains the reigning NBA champions (Los Angeles Lakers), a clear title contender (Los Angeles Clippers), a young team that dazzled in the NBA bubble (Phoenix Suns) and the Kings, led by a young point guard, De’Aaron Fox, aiming to make The Leap next season. The bad news is the Warriors could fall in an early hole, and it wouldn’t be a massive surprise.

The Warriors are going to be integrating Klay Thompson and Steph Curry back into the lineup after they combined to miss all but five games last season due to a torn ACL and broken hand, respectively, as well as a high draft pick. Golden State will be rested, but a shorter-than-usual preseason — the NBA’s format calls for exhibition games from Dec. 11 to Dec. 19 — will do the Warriors no favors.

If the Warriors’ early schedule is filled with divisional rivals, we’ll get a sense of how good they are very quickly.

RELATED: Katz believes Wiseman would be ‘major coup’ for Warriors

A note about inter-conference games

The NBA was not the first, or only, North American sports league to complete its season in a bubble, but the league deservedly garnered plenty of praise for completing its season with no positive COVID-19 tests. Staging the upcoming season, regardless of whether or not fans ultimately attend games, will be a significantly taller order.

Put simply, the coronavirus pandemic is far worse now in the United States than it was when the NBA suspended its season and when it resumed it in a bubble. MLB, which played far more frequently per week than the NBA will but didn’t have cross-country travel, dealt with significant disruption in its just-completed season due to the coronavirus. So has the NFL, which has had cross-country travel but teams playing one game per week. Both sports, it’s worth noting, are played outdoors, where the risk of transmission is significantly lower than it is in the arenas in which the NBA will play.

Public-health experts are sounding alarms about the pandemic getting even worse this winter, making inter-conference games particularly difficult to envision. The NHL, which is the NBA’s closest comparable in terms of season format, could geographically realign or even play part of its season in hub cities.

As much as we want to see the Warriors play against the Brooklyn Nets with a healthy Kevin Durant for the first time since he left Golden State, it doesn’t seem realistic to do so safely given the current state of the pandemic and how bad things could get as 2020 winds down.

By releasing the schedule in two halves, the NBA appears very prepared for major disruption. Yet, it’s also fair to wonder why they’re banking on the possibility to play games across conferences rather than the feasibility of doing so.