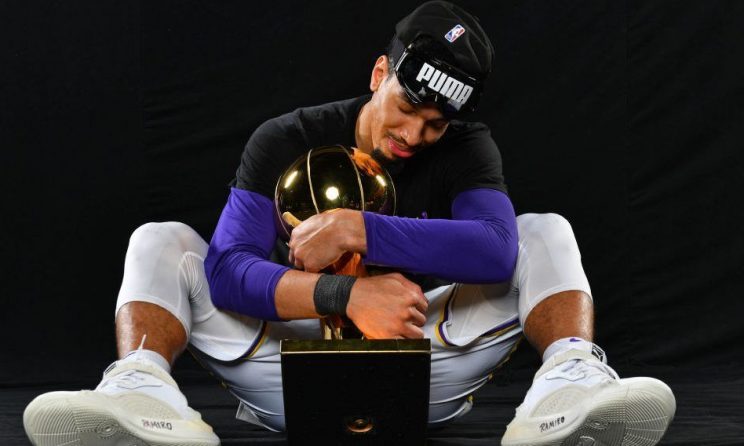 The Lakers will enter next season as the title favorites — they still have LeBron James and Anthony Davis. That alone makes them the team to beat.

What the Laker roster looks like around their stars is up in the air, but Danny Green — who won his third ring with this year’s Lakers — told Adam Zagoria of Forbes he thinks these Lakers have another title run in them.

“For sure, I think we can definitely get one more for sure,” Green said in a phone interview… “It’s going to be tough because we have so many free agents, with 10 guys that are free agents. Trying to bring everybody back and reconstruct the contracts, it’s going to be difficult, but when you have the nucleus of LeBron and AD — if they bring back AD — that’s pretty much what you need. You don’t need much else around them.”

Davis is a free agent but he is not going anywhere.

On top of it are rumors the Lakers might go after a player such Chris Paul or Victor Oladipo in a trade. (Landing CP3 is difficult because of his contract and open roster spots the Lakers have.) Green is under contract for next season with the Lakers, but his name has popped up in many trade rumors.

Even with all those questions and options, Green is right — the Lakers can get one more. For sure. They have LeBron and Davis.

Danny Green on Lakers: “We can definitely get one more for sure” originally appeared on NBCSports.com