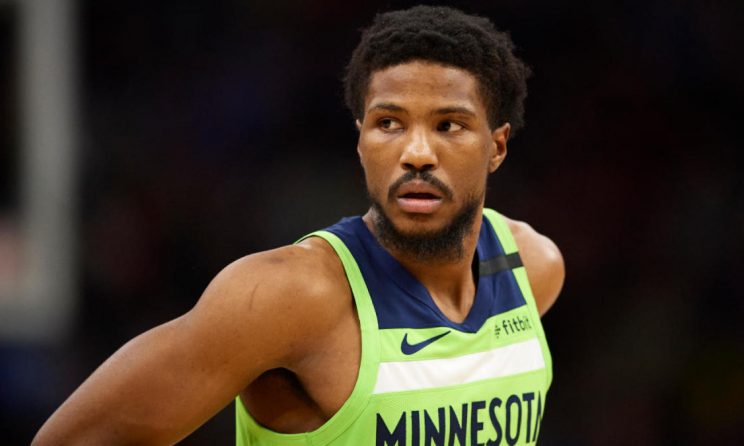 Minnesota Timberwolves guard Malik Beasley is facing multiple charges of drug possession and threats of violence after an incident at his Minnesota home last month, according to police reports accessed by the Minneapolis Star Tribune. Both of those charges are felonies.

Early on Thursday afternoon, the Timberwolves released a statement which read, “We are aware of the charges involving Malik Beasley. We take these allegations seriously and will let the legal process run its course.” Beasley’s defense attorneys also made a statement, which read “we are cooperating with the law enforcement investigation and will carefully review the discovery in the coming days.”

Per the complaint filed against Beasley, a family was stopped in an SUV outside his home, when he threatened them with a gun. When the police arrived, they found a large amount of marijuana in his home. Via the Star Tribune:

A couple was on the annual Parade of Homes tour on Sept. 26 with their 13-year-old child and pulled up in an SUV to the home Beasley and Yao rent but saw it was roped off. While pulled over to look up another home to visit, Beasley tapped on the vehicle’s window and pointed a rifle at them.

“Get the [expletive] off my property!” Beasley said.

Beasley continued to train his “all-black assault rifle with a forehand grip” and a scope at the SUV as it drove off, the criminal complaint read.

Officers detected an overwhelming odor of marijuana and soon located more than 1¾ pounds of the drug in the basement living room and main floor office. Next to the stash was a notebook with instructions on how to smoke the drug.

Beasley was arrested following the incident, but was released the same day. His girlfriend, Montana Yao, was also charged with a felony drug count.

The fourth-year guard was traded to the Timberwolves from the Denver Nuggets at the deadline last season. He is a restricted free agent this offseason.