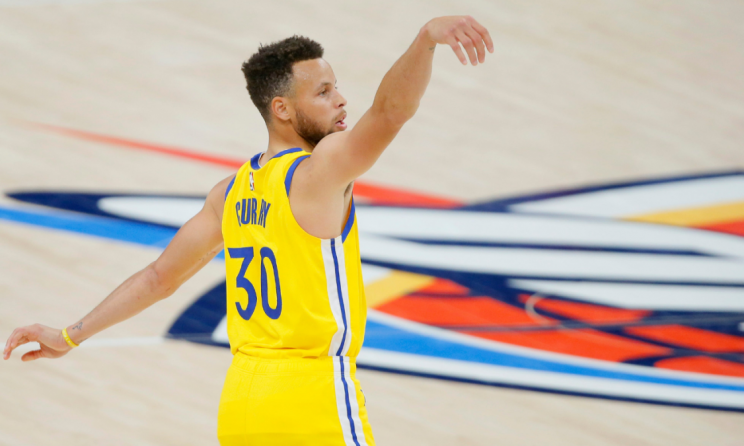 The Utah Jazz are here relatively predictably. Their net rating suggested that they played at the level of roughly a 65-win team last season, and they’ve only taken the floor twice thus far. The Golden State Warriors have an MVP candidate in Stephen Curry, so their presence atop the standings isn’t terribly surprising. And then we have the Chicago Bulls, offseason darlings who have backed up the preseason optimism thus far with four wins in four tries.

Eventually, all three teams are going to lose games. It should surprise no one to hear that no NBA team has ever gone 82-0. But that doesn’t mean we can’t have fun attempting to figure out who the last undefeated team standing will be. So let’s take a look at how things have gone for the Bulls, Jazz and the Warriors thus far and predict which NBA team will be the last to lose a game in the 2021-22 season.

The case for them: We’re dealing with tiny samples here, but it should be noted that Chicago has played twice as many games as Utah. The difference between 80 games and 82 is minimal, but the difference between four and two is a bit more meaningful. If you fully ignore previous season’s, we have twice as much evidence in favor of Chicago as we do Utah. A 4-0 start is nothing to sneeze at. A 2-0 fluke is somewhat likelier to be fluky.

And through those four games, Chicago has answered some of the major questions that faced them entering the season. For all of the fear surrounding their defense, the Bulls rank sixth on that end of the floor thus far. We’re obviously dealing with tiny samples here, but no defense has allowed 97.7 points per 100 possessions or fewer over a full season since the 2003-04 season. Their depth hasn’t been quite as impressive, but it’s worth noting that Alize Johnson is the only reserve playing real minutes with a negative net rating. Their starters are destroying opponents and their bench isn’t getting destroyed in return.

This doesn’t guarantee anything over the long haul, and there’s probably regression coming in certain areas. That defense isn’t going to remain impenetrable forever. They probably aren’t going to keep shooting 42.3 percent on 3’s either. But the most important players on this team have largely played well together thus far. The core concept, for the time being, appears sound.

The case against them: Let’s start with the obvious: the schedule. Chicago has now beaten Detroit twice without Cade Cunningham, New Orleans once without Zion Williamson, and on Monday, Toronto without Pascal Siakam. That’s not exactly a murderer’s row. Here’s who’s coming in their next 10 games: Knicks, Jazz, Celtics, 76ers, 76ers, Nets, Mavericks, Warriors, Clippers, Lakers. So… yea, the Bulls are about to get tested. The ease of their schedule doesn’t negate their wins, but it suggests that we know a bit less about the Bulls than their record can prove. Going 4-0 against that slate wouldn’t be especially difficult.

Shooting has covered up a lot of issues for the Bulls on both ends of the floor. Opponents have made only 30 percent of their wide-open 3s against the Bulls. That’s going to regress. So is Chicago’s 42.3 percent mark from behind the arc. The Bulls have needed great shooting as they’ve worked through some of their own questionable offensive fits. They’re scoring 111.5 points per 100 possessions when Zach LaVine plays without DeMar DeRozan and 114.7 when DeRozan plays without LaVine… but together, they’re scoring only 99. That’s going to improve, but not necessarily to elite levels. LaVine can function just fine off of the ball, but DeRozan’s value correlates strongly with his usage. He’s now on a team with several players who need the ball, so it’s fair to question his utility within this offense when the best players are all on the floor together.

The Bulls are doing what good teams should do against bad teams: stack up wins. That’s going to help them come seeding time in the postseason, but those wins alone just aren’t enough evidence to suggest that they’re going to keep winning at a similar rate. We’ll know far more once they’ve made it through this difficult stretch of schedule, but for now, it seems unlikely that they outlast teams like Utah and Golden State.

The case for them: As we’ve covered, the Jazz were the best regular-season team in the NBA by a country mile last season. They trail only the Miami Heat in net rating through two games, and their shot profile thus far has been as analytically excellent as always. They take the third-most 3-pointers in the NBA (44.5) and allow opponents to take a roughly league-average 35.5 in return. This is a significant advantage over a game-long sample. Taking nine more 3-pointers per game than the opponent offers an enormous cushion for bad shooting nights.

They’ve needed that cushion thus far, because offensively, they’ve struggled out of the gate. They’re making only 33.7 percent of their 3-pointers to this point and Donovan Mitchell is hitting only 35.7 percent of his field goal attempts. There’s no immediate cause for concern here, though. After all, it’s been only two games. That the Jazz have won despite poor shooting suggests they’ll get even better when they regress closer to where they were last season. Right now, they’re leaning on Rudy Gobert’s elite defense, and until further notice, that isn’t going anywhere.

The case against them: For starters, Utah has played only twice. Beating the Thunder and Kings isn’t going to impress anyone. Their schedule is fairly manageable for the time being. They have Denver on Tuesday, but that’s at home and the Nuggets are on the second night of a back-to-back. A quick trip to Houston precedes their showdown with the Bulls, but even if the Jazz get through that, the Bucks are waiting for them on Sunday.

Depth is a slight concern here is as well, especially with Rudy Gay out. Utah leans very heavily on seven players. Mike Conley and Joe Ingles are 34. Bojan Bogdanovic is 32. Some age-related decline is entirely possible for any of them, and any core rotation pieces taking a step back matters on a roster so reliant on a small number of players. The Jazz added Gay and Eric Paschall to add a bit of stylistic versatility, but until Gay is healthy and Paschall has more time in the system, the Jazz are fairly attached to the way they play: bombing 3s and funneling ball-handlers into Gobert. That’s going to work most of the time. For now, on nights when it doesn’t, the Jazz don’t have many stylistic pivots available.

The case for them: From a pure scheduling perspective, Golden State has to be the favorite here. They’ve already played the toughest part of their early-season schedule, a three-game road trip around California in which they defeated the Lakers, Clippers and Kings. On Tuesday, they play a road game against Oklahoma City before returning home for eight straight games. None of their opponents on that stretch are especially daunting: they play the Grizzlies, Thunder, Hornets, Pelicans, Rockets, Hawks, Timberwolves and Bulls. There’s room for a real run here.

The Warriors tend to be fairly reliant on Stephen Curry on the offensive end but remember, they beat the Lakers with him shooting 5-of-21 from the field, and in a tiny sample, their bench is outscoring opponents by nearly 10 points per 100 possessions when Curry rests. If these Jordan Poole-led bench lineups keep it up, the Warriors aren’t going to lose as many games when Curry goes to the bench as they have in years past.

Their depth has shined through with Curry on the floor as well. Replacing the sub-NBA-caliber players on last year’s roster with smart veterans like Otto Porter Jr., Nemanja Bjelica and Andre Iguodala has given them a baseline competence within Steve Kerr’s offense that has been lacking over the past two seasons. There are valid questions about their ceiling, but for now, they’re a very dangerous regular season team. They play a somewhat unique style that’s difficult to prepare for and they’re now doing it without making the mistakes that kept them out of the playoffs over the past two years.

The case against them: The Warriors may be through the hardest part of their early schedule, but that doesn’t mean it was especially difficult. The Lakers were destined to struggle on opening night with so many new faces. The Clippers don’t have Kawhi Leonard. The Kings are the Kings. As with the Bulls, these are games the Warriors are supposed to win. That doesn’t guarantee that they’re going to keep winning.

They also have the worst net rating of the three undefeated teams at plus-7.3. That’s not bad by any means, and over a full season it’s an elite number. But you’d expect an undefeated team so early in the season to be winning a bit more comfortably. The Warriors haven’t won a single game comfortably yet. They very easily could be 0-3.

Curry is among the most reliable regular-season winners in basketball history… when he has a full roster. He won 73 games in the 2015-16 season, but he did so with Klay Thompson by his side. Thompson isn’t going to be back before the Warriors lose their first game. Right now, there’s still an enormous offensive burden on Curry’s shoulders. The Warriors can win games in which he struggles, but it takes a team-wide effort. If he’s off, nobody else can be.