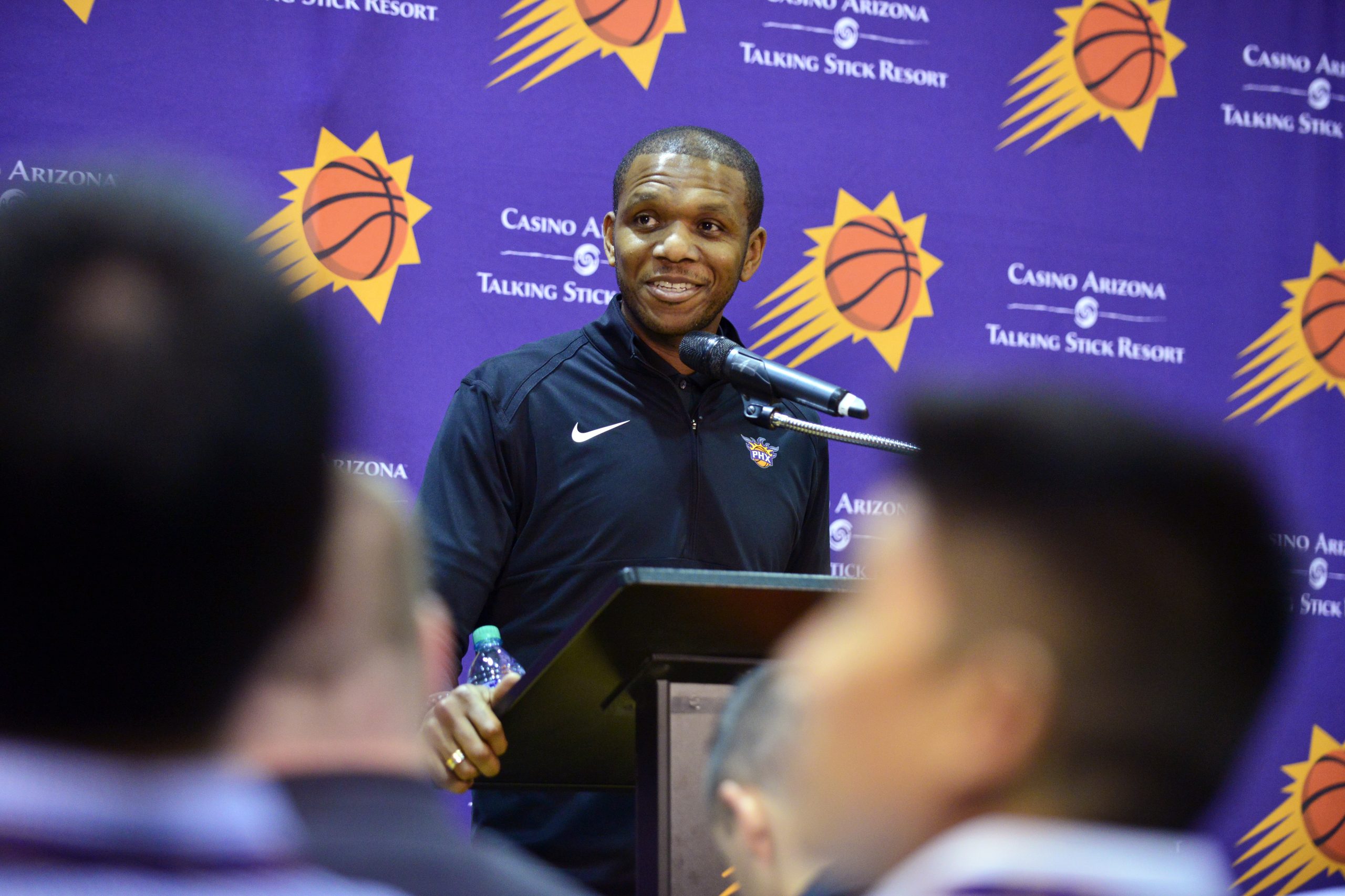 The Phoenix Suns have played their way to top record in the NBA, leading the Western Conference at 37-9, 3.5 games ahead of the second-place Golden State Warriors (34-13).

The Suns’ results over the last two seasons have led to management deciding to sign general manager James Jones to sign a multi-year contract extension, per Marc J. Spears of The Undefeated.

Jones joined the Suns as the VP of basketball operations in 2018 before being named interim GM and permanently named to the position in 2019. He is one of 10 Black GM’s in the NBA, winning Executive of the Year last year, hired 2020 Coach of Monty Williams as head coach, building a competitive roster that reached the 2021 NBA Finals after acquiring and re-signing All-Star guard Chris Paul

Jones has agreed to an extension despite a bombshell report from ESPN that Robert Sarver allegedly created a sometimes toxic and hostile workplace of racism and sexism during his tenure as Suns owner. Since then, Sarver has been under NBA investigation. The 18-year owner said that he would support an inquiry into the allegations made against him.

Jones told The Undefeated that the League’s investigation “didn’t give me pause” and said, “None of what’s been said describes the Robert Sarver I know, respect and like — it just doesn’t.” after ESPN’s report was published.

“This organization, business, and basketball, it’s good. The talent, the people here are amazing. I have such a great team that I work with on the basketball side,” Jones told Spears on taking the extension while Sarver is under investigation. “But just as well equally, and sometimes even more on the business side. Because we’re the Suns, right? This is entertainment. And you don’t do the things that we do in a vacuum. That’s what I tell people a lot of times: You don’t do this in the vacuum; it takes everyone.

“And if you have the right mix of people, if you have common goals and you’re aligned, it makes working, coming to work every day exciting. It creates an awesome experience for everyone involved. And so that’s been my experience since I’ve been here. It’s been awesome.”

With the Suns re-emerging as a threat to return to the Finals, and the Suns front office and players squarely behind Jones and Williams, it only makes sense for the franchise to award the architect of their success. Phoenix takes on the Utah Jazz (30-18) on Wednesday in Utah.