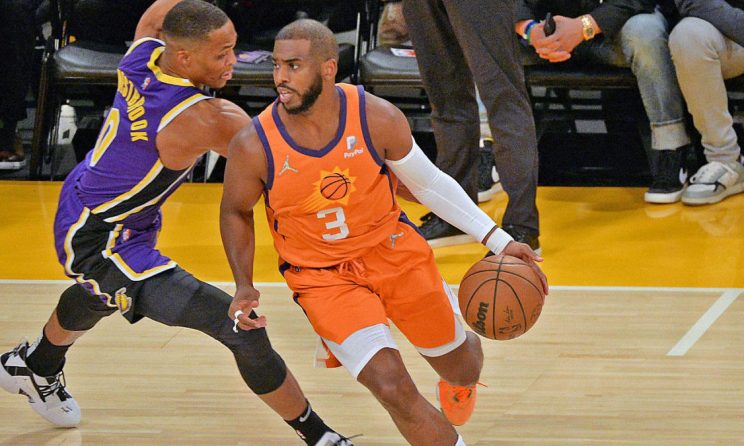 The Phoenix Suns took on the Los Angeles Lakers on Friday night in a rematch of their first-round playoff series from last season. Things went the same way they did this summer, as the Suns led by as much as 32 in the second half and cruised to a 115-105 win.

Chris Paul led the way, finishing with 23 points and 14 assists in another masterful performance. In the process, he created a brand new section in the record books by becoming the first player in NBA history to record 20,000 career points and 10,000 assists.

In the middle of the second quarter, Paul got to the line and knocked down the first free throw to reach 20,000 points and become the 47th player to reach that benchmark. He had already taken care of the assists, and is fifth on the all-time list for that category with 10,299.

None of the other players in the 10,000-assist club — John Stockton, Jason Kidd, Steve Nash, Mark Jackson and Magic Johnson — have been able to match Paul’s scoring. Stockton was the only one who came close at 19,711 career points. Even more impressive is that Paul has played fewer games than everyone else in that group save for Johnson, so it’s not a case of simply racking up stats through longevity. (It’s worth noting that LeBron James should soon join Paul in this club, but still needs 294 more assists.)

Paul long ago established himself as one of the best point guards to ever play the game, which is why he was one of 11 active players named to the NBA’s 75th Anniversary Team earlier this week. Making history in this fashion only further entrenches Paul as a rich part of this game’s history.