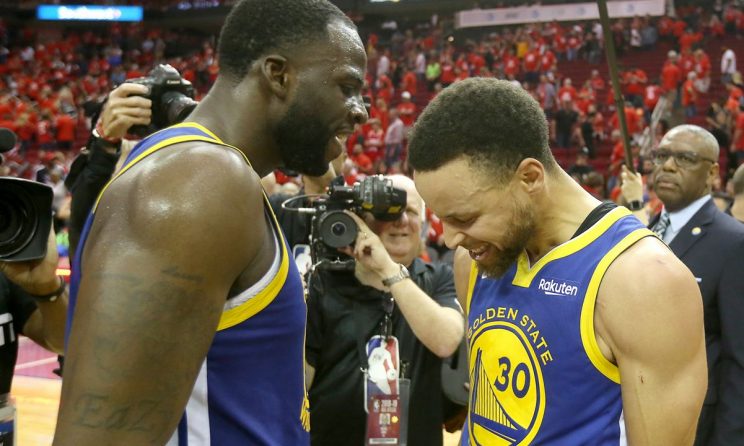 Steph Curry and Draymond Green were glued to their TVs on Saturday night.

Curry and wife Ayesha endorsed Biden and Harris during the virtual Democratic National Convention in August.

“We want to ensure that our kids live in a nation that is safe, happy, healthy and fair and so this election … ,” Ayesha said.

Shortly after Biden and Harris were declared winners of the election, the Warriors tweeted an image of a signed Steph Curry “Oakland Forever” jersey with a personalized message to Harris, who was born in Oakland, grew up in the East Bay and worked in San Francisco.

Curry and Green could make a visit to the White House after Biden is inaugurated in January, as suggested by Dan Pfeiffer, the former Senior Advisor to President Barack Obama and co-host of “Pod Save America.”

“If Joe Biden wins, maybe Steve Kerr should demand they get to do their ’17 and ’18 (visits). They are short two rings, two trips to the White House,” Pfeiffer told NBC Sports Bay Area’s Grant Liffmann on the “Runnin’ Plays” podcast in October.

The Warriors never visited the White House after winning NBA titles in 2017 and 2018, due to public spats with President Trump.

While visiting the White House to retroactively celebrate those two NBA championship might be nice, Curry and Green likely would prefer to visit Biden to celebrate a 2021 NBA title.