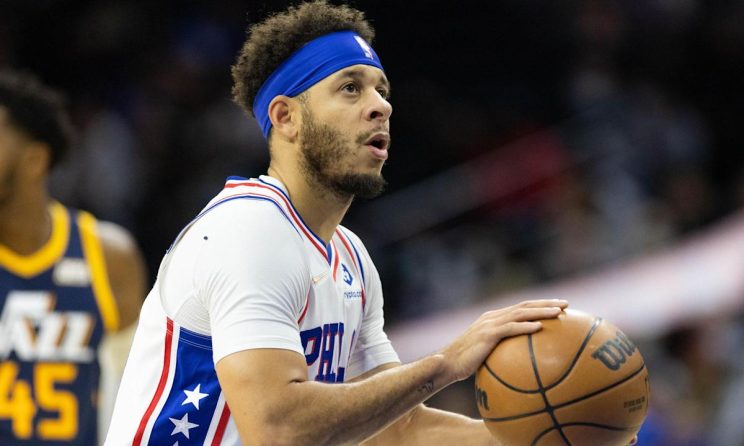 As the Philadelphia 76ers returned home on Thursday from a 4-game road trip, they were hoping they could keep the winning feeling going after ending the trip with three straight wins. They looked to be growing some confidence again and things could be moving in the right direction again.

However, they had a tough time getting into any real offensive rhythm and flow against a tough Utah Jazz team and they fell with a thud at home 116-96. It was a game where the Sixers struggled shooting the ball as they only knocked down six triples on 33 attempts. That’s good for just 18.2% for those who are interested in that sort of thing.

The Jazz, on the other hand, shot 15-for-40 from deep and they had eight players score in double-figures. The Sixers could not keep up with that type of offensive team on Thursday.

Seth Curry shot 2-for-6 from deep, which looked elite compared to everybody else. Danny Green was 0-for-4, Embiid was 1-for-4, Matisse Thybulle was 1-for-5, and Furkan Korkmaz continues to struggle as he went 0-for-5 from deep. The Sixers did get them all good looks, they just couldn’t knock them down.

“I thought they were really good looks by our shooters,” said coach Doc Rivers. “I didn’t like all of our shots—nor do you ever like all of them—but I thought overall, we had a lot of good looks. Half of them weren’t close. Honestly, they looked short off their hands.”

Curry made his two triples in the third quarter as the Sixers tried to stay in it, but it wasn’t enough as the Jazz were getting contributions from everywhere. Korkmaz, especially, is really in a rut. He is shooting just 18.5% from deep on 4.3 attempts over the last 15 games. He has got to see the ball go through the hoop again and get himself going.

“We found the shooters,” Rivers added. “Danny had wide-open shots, Furk is struggling right now, he needs the ball to go in for him just to get his confidence going. Shake had it going for a little bit, couldn’t make shots. We just didn’t make shots.”

As the Sixers were struggling to knock down looks, the Jazz were getting things to fall on their end and that was the big difference in the game. Philadelphia just couldn’t get into the rhythm that Utah was in.

“We didn’t have the ball movement,” said Tobias Harris. “We didn’t get any easy ones, so they are coming down making 3s, it’s just tough for us to come back up against, especially when we aren’t flowing how we would want. It changes the game and that’s why they are a very tough team to guard and they have a very good system of how they play, and what they look for and it was tough for us to combat that.”

The Sixers will now have to contend with the greatest shooter the game has seen in Stephen Curry and the Golden State Warriors on Saturday at home.

Doc Rivers, Sixers upset with lack of energy in home loss to the Jazz

Doc Rivers was worried Tyrese Maxey his his head after fall vs. Jazz