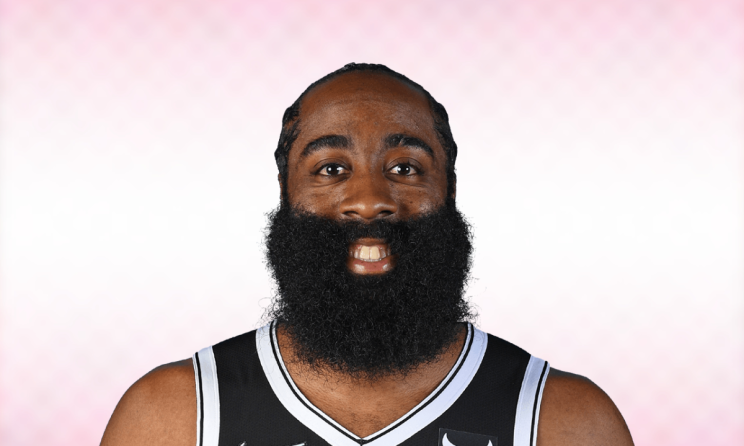 NBA teams suspect the Sixers are tampering in the hope of acquiring Harden through a forced sign-and-trade for Simmons this summer. However, people close to the Sixers don’t believe they will face any tampering charges.
Source: Keith Pompey @ The Philadelphia Inquirer

Jordan Schultz @Schultz_Report
“James [Harden] isn’t going to Philly; I’ll tell you that with absolute certainty,” says a #Nets’ source. “They called and we didn’t listen. We want to win a championship and trading James does nothing but hurt that goal.” – 9:06 PM

Ryan Blackburn @NBABlackburn
How many hours of podcasting and national TV have been spent discussing Ben Simmons and James Harden?
I’m not gonna lie, I don’t think either team touches Phoenix. – 8:18 PM

Wes Goldberg @wcgoldberg
Latest James Harden trade odds (via @betonline_ag ) has the the Sixers at 1/3 odds and the Heat third at 4/1. pic.twitter.com/seV4vERCyD – 6:07 PM

Sean Grande @SeanGrandePBP
James Harden (and Nic Claxton) upgraded from out Sunday to questionable for tomorrow against the Celtics.
Boston is healthy. pic.twitter.com/nyyq8iQKmg – 5:24 PM

Alex Schiffer @Alex__Schiffer
Nets say James Harden and Nic Claxton are both questionable for tomorrow’s game against Boston. LaMarcus Aldridge is out. – 5:14 PM

Ky Carlin @Ky_Carlin
Miss any of Joel Embiid’s time on 97.5 earlier? No worries. I’ve got you covered as he addressed the Ben Simmons saga as well as some James Harden stuff. #Sixers sixerswire.usatoday.com/lists/sixers-s… via @SixersWire – 5:11 PM

Sirius XM NBA @SiriusXMNBA
“I don’t think Brooklyn will engage with the Sixers”
Former #Nets Assistant GM & ESPN Front Office Insider @Bobby Marks tells @BCusterTV and @LegsESPN why he believes James Harden will be a member of the Nets for the remainder of the season #NetsWorld pic.twitter.com/4IVtB3OQv6 – 5:04 PM

Sam Quinn @SamQuinnCBS
Really fun All-Star subplot @SPianovich pointed out on Slack:
The trade deadline is Thursday. So is the All-Star Draft. Imagine Kevin Durant being faced with the prospect of whether or not to pick Harden mere hours after he’s traded to Philly. – 4:45 PM

Derek Bodner @DerekBodnerNBA
Joel Embiid on @975TheFanatic trying to dodge tampering fines when asked directly about James Harden. “He plays for the Brooklyn Nets…(but) who is not a fan of Kevin Durant or Steph Curry or James Harden? They’re all top players in this league.” pic.twitter.com/34LowrSm2p – 4:10 PM

Kyle Neubeck @KyleNeubeck
Embiid mostly side stepped a question about Harden on the radio just now, noting he’s on another team and he can’t do anything about that. Talked up his current teammates. But…
“Who’s not a fan of Kevin Durant, or 𝐒𝐓𝐄𝐏𝐇 Curry, or James Harden?” – 4:10 PM

Kristian Winfield @Krisplashed
I still stand by this and share this sentiment with Pompey’s reporting, too. Very sharp, but all the reporting on Harden trade talks are coming from Philly, in my opinion, and not Brooklyn: nydailynews.com/sports/basketb… – 3:47 PM

Stephen Noh @StephNoh
There’s been plenty of focus on how a potential Simmons-Harden swap could help the Sixers. But how would it affect the Nets? I took a look: sportingnews.com/us/nba/news/ja… – 3:11 PM

Ky Carlin @Ky_Carlin
Personally, I think the James Harden to Philly smoke is significant enough that it is a real thing, but I feel like it’ll materialize in the offseason rather than the next 3 days – 1:43 PM

Derek Bodner @DerekBodnerNBA
Doing a whole lot of this to essentially say I think the James Harden smoke is significant, but unlikely to materialize in the next 3 days.
Article coming soon. Or not. I’m not sure. pic.twitter.com/xv7auB1DAo – 1:17 PM

Kevin O’Connor @KevinOConnorNBA
Between now and Thursday’s deadline, the James Harden for Ben Simmons story will zig and zag again. And everyone involved should want this trade to happen. Harden. Simmons. The Sixers. The Nets. Klutch. All of them. theringer.com/nba/2022/2/7/2… – 1:16 PM

Kristian Winfield @Krisplashed
I can’t keep up with who appears to know what the Nets are thinking. Bill Simmons says the Nets would take Ben Simmons and Seth Curry for James Harden. Isn’t he a Celtics guy? – 1:13 PM

Chris Fedor @ChrisFedor
Jan. 13, 2021 was always expected to shift the Eastern Conference landscape. It has. Just not for the Brooklyn Nets, who acquired James Harden that day. For the #Cavs, who ended up acquiring Jarrett Allen and now Caris LeVert as a result.
cleveland.com/cavs/2022/02/c… – 12:17 PM

Michael Grange @michaelgrange
Nets should do this plus a first or two from Sixers and let Philly figure out how to win with Harden and Irving soaking up possessions from Embiid.
espn.com/nba/tradeMachi… – 10:02 AM

Derek Bodner @DerekBodnerNBA
Too many Harden reports at once can y’all please space these out a little. – 9:44 AM

Sopan Deb @SopanDeb
“Brooklyn is trusting that the injury is a legitimate hindrance to Harden playing now…”
Yeesh. We’re at the “We’re sure James Harden’s injury is real” stage of Harden-related leaks from his own team.
https://t.co/1qJT6ru3q7 pic.twitter.com/hkvKcK2vXi – 9:24 AM

Joe Mullinax @sbnGrizzlies
Memphis’ hottest Trade Deadline Primer is here. This piece has everything – James Harden, absolutely nothing, Hawks and Pacers, polls, and a duck waiting in the wings!
@JoeMullinax with our Memphis Grizzlies 2022 Trade Deadline Primer https://t.co/1IUe0kbgBr pic.twitter.com/UIcneW8UtX – 9:19 AM

Jake Fischer @JakeLFischer
There have been zero trade discussions between the Sixers and Nets regarding James Harden, sources said. And while there are figures in Brooklyn who are open to a Harden for Ben Simmons swap, that concept won’t be entertained by Nets brass before Thursday: bleacherreport.com/articles/29531… – 7:40 AM

Salman Ali @SalmanAliNBA
“Even as Harden tells the Nets that he wants to stay long-term, two people with significant history and relationships with him — Sixers minority owner Michael Rubin, and Morey — believe Harden’s interested in playing in Philadelphia, sources said.”
espn.com/nba/story/_/id… – 7:03 AM

Adrian Wojnarowski @wojespn
A month ago, Philadelphia’s Daryl Morey called Brooklyn on James Harden. Sean Marks refused the conversation. There are three days until the Thursday trade deadline for the Sixers to try again — or wait until the summer. ESPN story with @RamonaShelburne: es.pn/3HBJe3K – 6:54 AM

Keith Pompey @PompeyOnSixers
Do noises offstage in the Ben Simmons saga suggest a trade deal as deadline nears? All eyes are on a potential Simmons for James Harden deal. But a league source said that Simmons wouldn’t be moved at least until June’s draft.
inquirer.com/sixers/76ers-b… via @phillyinquirer #Sixers – 6:09 AM

Once again, sources told ESPN, Harden and his manager have been searching for an agent to partner and navigate the situation — whether that’s free agency, a sign-and-trade to leave the Nets after the season, staying on a new deal, or even, a trade prior to Thursday’s deadline. -via ESPN / February 7, 2022

Yet, sources have said some in the organization are privately questioning his commitment to remaining in Brooklyn, and becoming frustrated with the uncertainty. A source added that despite the public support, key players wouldn’t be disappointed if Harden is moved due to the uncertainty of how he truly feels. That’s where Simmons comes in. -via The Philadelphia Inquirer / February 7, 2022

Because even as Harden tells the Nets that he wants to stay long-term, two people with significant history and relationships with him — Sixers minority owner Michael Rubin, and Morey — believe Harden’s interested in playing in Philadelphia, sources said. -via ESPN / February 7, 2022