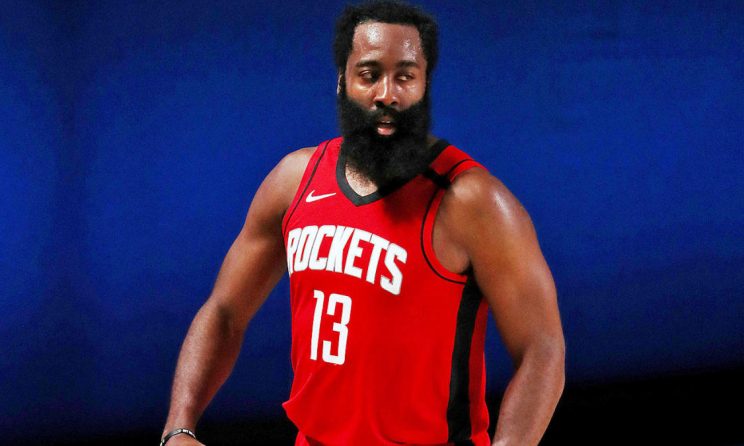 The Houston Rockets have already started practice ahead of the 2020-21 season, and are set to play their first preseason game on Friday against the Chicago Bulls. But it’s looking increasingly likely that they’ll take the floor that night without their star man, James Harden.

He’s still not in town, and new coach Stephen Silas doesn’t seem to know when he’ll turn up. When talking to reporters on Monday, Silas noted that it was a “setback” that Harden still hadn’t arrived.

“Uh, yeah, as far as timetable, there is no timetable as far as I know,” Silas said. “And it is a setback. You know, you want your best player to be here and, um, there is a short window, as you’ve alluded to… I mean, I have to be honest and understand that this is a setback not having one of the best players in the NBA here. But I’m working with the guys who are here, and we’re working hard and we’re doing a good job.”

Videos of Harden partying all over the country have been shared far and wide on social media in the past few days, and as recently as early Monday morning, he was spotted in a Las Vegas nightclub. He’s also posted cryptic messages on social media, including an Instagram story of a grimacing emoji.

Asked if Harden was sending some sort of message, Silas said he knew nothing other than that Harden wasn’t there.

“No clarity about the message, honestly,” Silas said. “I take it that — basically at face value — that he’s not here. And what the reasoning is is on him. He’s the one who can explain why, or why not — he’s not here. So, you know, for me to make inferences and think about the possibilities isn’t real to me. What’s real is (that) he’s not here, and he has a reason. But that’s on him to tell whoever (from the Rockets) what his reason is.”

None of that is encouraging, and what’s even worse is that the Rockets were expecting Harden to be in camp by now, and were “surprised” he didn’t get in this weekend. However, they are still planning on starting the season with him on the roster, according to Sam Amick of The Athletic:

The Rockets were definitely expecting Harden to report over the weekend and get to work (after going through league COVID-19 protocol to be cleared). They were surprised by this just like everyone else.

And for anyone wondering if Harden might have told team officials that he has no plans to wear a Rockets jersey this season — or, perhaps, ever again — sources say that’s not the case. There has been no such declaration, and the plan remains for him to suit up for the Rockets this season.

At this point, the Rockets’ have a huge dilemma on their hands. Harden has reportedly asked out as recently as last month and is now seemingly making a point to be anywhere besides the team facility. But unless something changes, there are no deals out there right now that would get the Rockets anything close to equal value for one of the best players in the league.

With Harden under contract for the next two seasons, their plan appears to be keeping him and hoping their retooled roster is good enough to convince him to stay. On paper, that would be the right move. But what if he just never shows up? Or eventually reports but is so tuned out it’s making the situation untenable. What then?

Obviously, the Rockets and Harden only have themselves to blame to some extent, but acknowledging past wrongs doesn’t make the present any easier. For now, we’ll just have to wait and see how things play out, but it’s looking less and less likely that this relationship is salvageable.