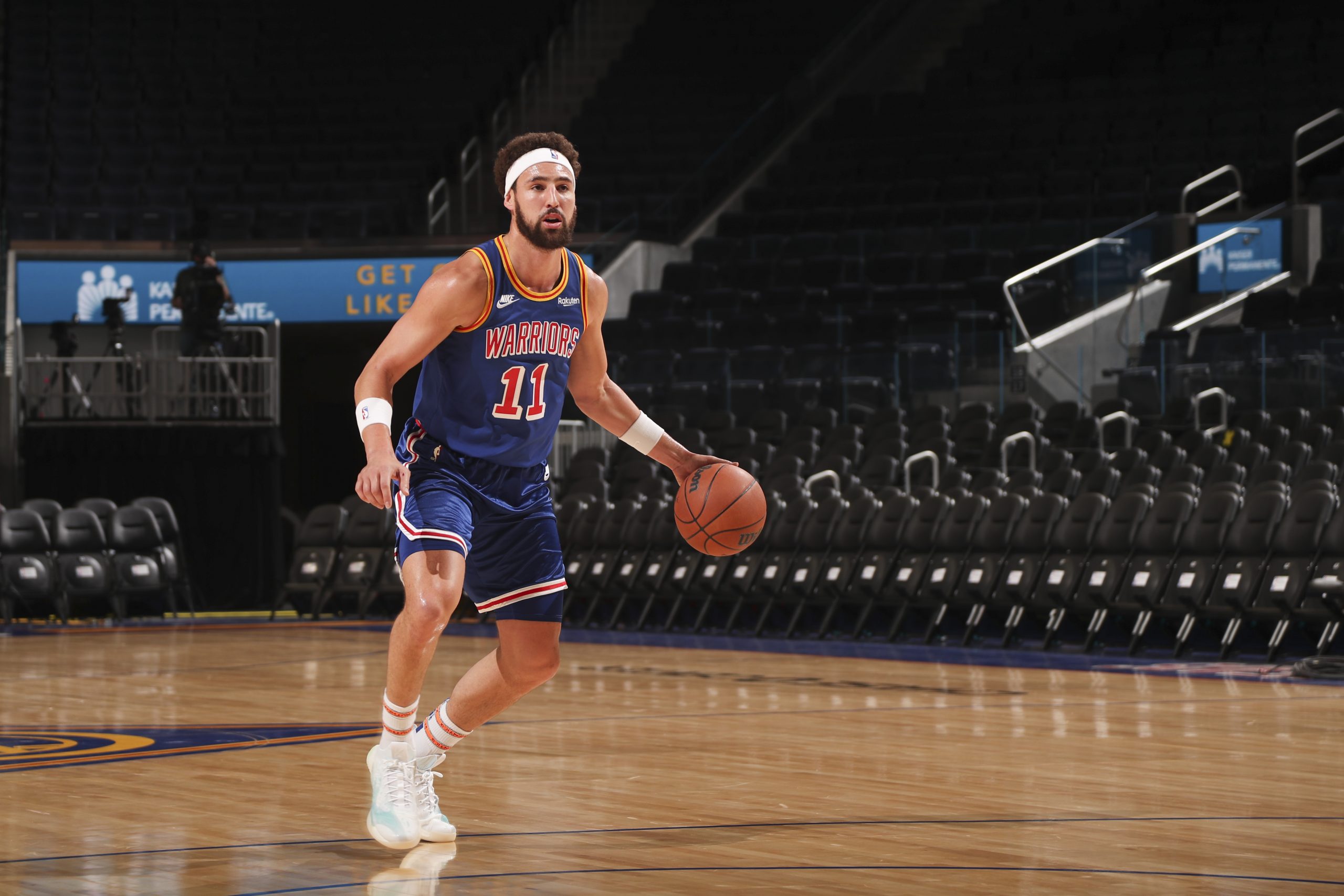 According to reports from NBA insider Shams Charania and Warriors reporter Anthony Slater, Klay Thompson’s return to the court likely won’t be in December.

The Warriors do not plan for Klay Thompson to debut on either Dec. 20 or Dec. 23 home games, sources tell me and @anthonyVslater. Thompson won’t come back on Christmas. So earliest possible return would be Dec. 28 — with Thompson ramping up conditioning over next couple weeks.

In a radio interview with 95.7 The Game on Tuesday, the Warriors president of basketball operations Bob Myers said that Golden State has not yet determined an exact date for Thompson’s return.

“All is well,” Myers said per Alex Espinoza. “I’m excited for it to happen, too. We haven’t even decided internally when it’ll be. We’ll talk to [director of sports medicine and performance] Rick [Celibrini] and Klay. But the good news is, there’s a light. If you’re in this tunnel, it’s been a long tunnel for Klay, and you can see this light. As the closer we get, like you guys, I want to see him so bad, for our team, for many reasons, for him.”

As of late, Thompson has been in the final stages of his rehab from his Achilles injury and is currently focusing on his conditioning. This season, the Warriors are 23-5 and will play Friday against the Celtics.