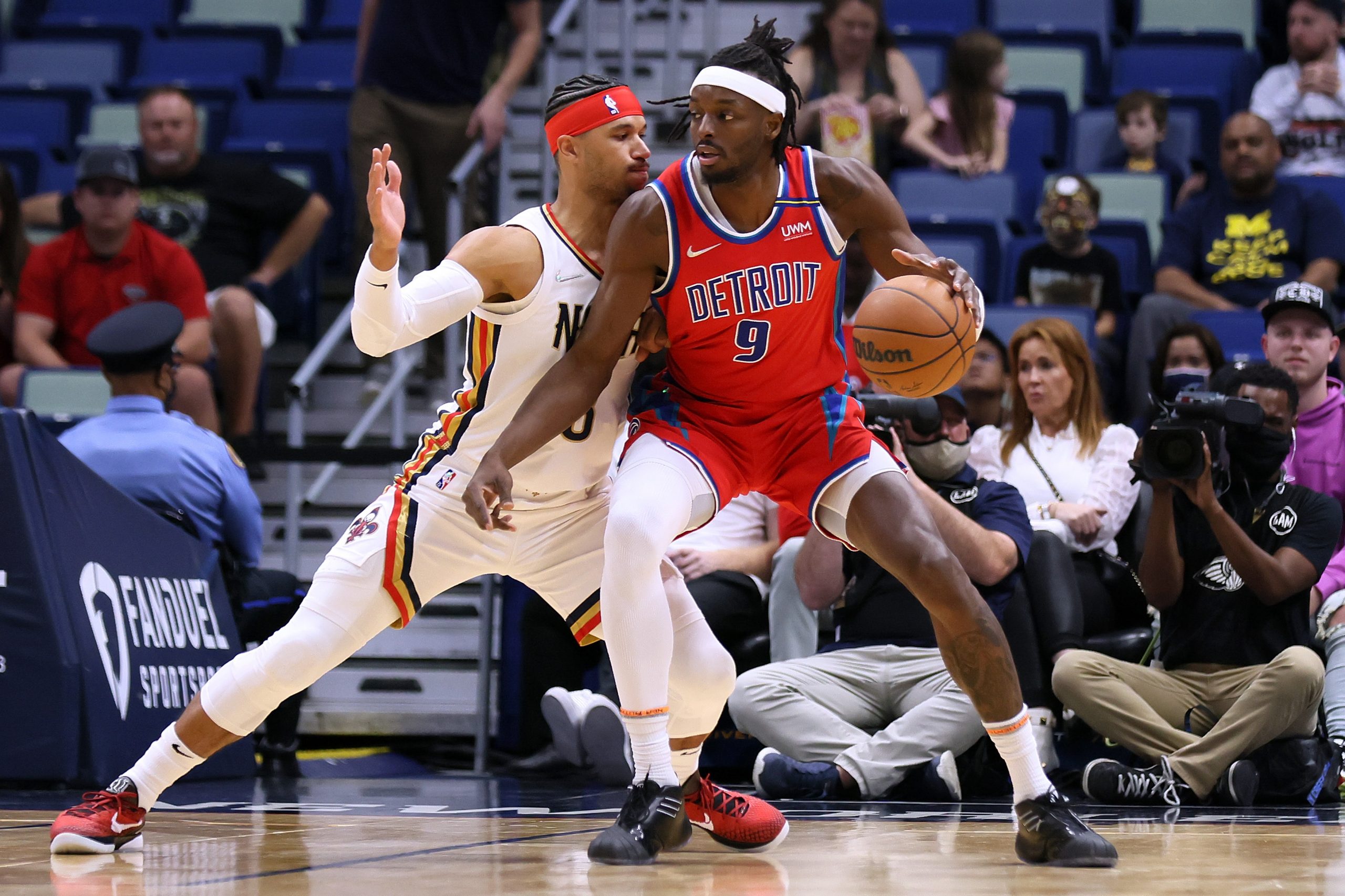 Jerami Grant has continued to emerge as one of the most improved players in the NBA over the past few seasons. After signing a deal with the Detroit Pistons prior to the 2020-21 season, he became one of the team’s top players and a key veteran leader.

To this point in the season, he’s averaged 20.1 points and 4.8 rebounds per contest. However, he’ll be out for the foreseeable future with a thumb injury.

As first reported by The Athletic’s Shams Charania, Grant has been diagnosed with torn ligaments in his right thumb and will be out indefinitely. He will be re-evaluated in six weeks.

While the Pistons haven’t been great this season, with the worst record in the league, this will only make things worse. As talented as their young core is, Grant is a key member of the roster, and the team’s only player scoring at least 20 points per game.

Grant is a player that could really raise the ceiling of a contender, meaning Detroit could look to trade him this season for more assets. However, he’ll need to recover from this injury before that’s really an option for them to explore.