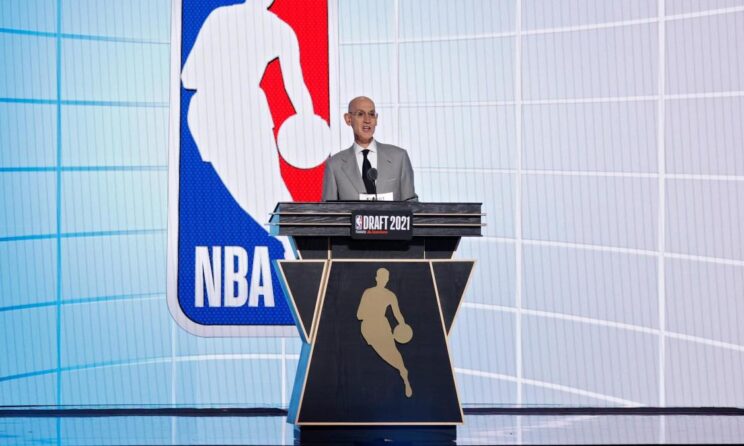 Why there are only 58 picks, not 60, in the 2022 NBA Draft originally appeared on NBC Sports Philadelphia

This year’s NBA draft will be a little shorter than usual.

The 2022 NBA Draft, which is set for Thursday, won’t be the normal 60 picks long. Instead, there will be just 58 selections made at Barclays Center in Brooklyn.

Well, a pair of teams were each docked a 2022 second-round pick by the NBA due to tampering violations.

The Milwaukee Bucks forfeited their second-rounder in the wake of the failed Bogdan Bogdanovic sign-and-trade with the Sacramento Kings in November 2020. The NBA found that the Bucks had conversations with Bogdanovic and/or his representation prior to the start of free agency, which violated league rules. After the sign-and-trade fell through, Bogdanovic signed an offer sheet with the Atlanta Hawks that Sacramento declined to match.

RELATED: What to know about the 2022 NBA Draft

The Miami Heat were also caught tampering with a pending free agent last offseason. Kyle Lowry joined Miami from the Toronto Raptors via sign-and-trade in August 2021. But the details of the sign-and-trade were reported in the opening minutes of the free agency period, which surely raised some eyebrows across the NBA. Following an investigation, the league concluded that the Heat had premature contract with Lowry’s representation and took away Miami’s next available second-round pick.

“While we disagree, we accept the league’s decision. We are moving on with our season,” the Heat said in response to the penalty.

The forfeited Bucks and Heat selections would have been slotted at No. 54 and No. 55, respectively, this year. The two teams now hold just one 2022 draft pick apiece, with each coming in the first round.

The last time an NBA draft had fewer than 60 selections was in 2004, when 59 picks were made. The Minnesota Timberwolves forfeited their first-round pick that year, as well as in 2001 and 2002, due to their illegal contracts with former No. 1 pick Joe Smith.

But it’s already set to happen again sometime in the next few years. While investigating the Heat’s acquisition of Lowry, the league was also looking into last offseason’s sign-and-trade between the New Orleans Pelicans and Chicago Bulls involving Lonzo Ball. Like the Lowry deal, Ball’s move to Chicago was reported extremely early in the free agency period.

The Bulls received the same punishment as the Heat for tampering, but Chicago didn’t already own a 2022 second-round pick. In fact, the Bulls aren’t currently slated to pick in the second round until 2026.

However, Chicago will receive the Denver Nuggets’ 2023 second-rounder if it lands between Nos. 47-60, which has a strong chance of happening. Should that pick convey to the Bulls, that’s the one they would forfeit.

So we could have two consecutive NBA drafts with fewer than 60 selections.