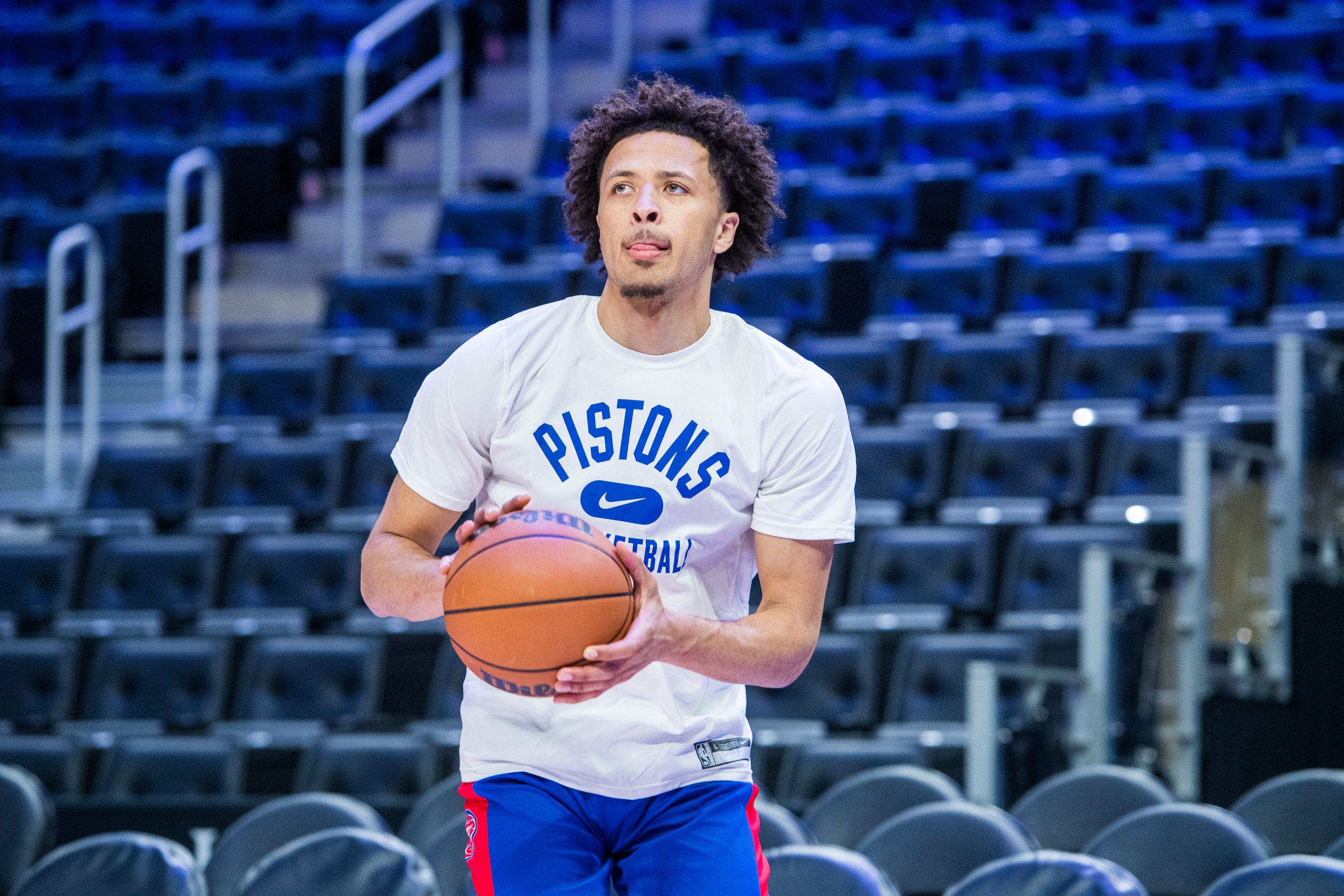 After Detroit Pistons head coach Dwane Casey announced last week that the number one overall pick Cade Cunningham would be held out of the season opener against the Chicago Bulls, the Detroit Free Press reports that the rookie will work out with the team’s G-League affiliate, the Motor City Cruise.

Per the Detroit News’ Rod Bear, Casey shared an update early this week:

#Pistons Dwane Casey on Cade Cunningham: “He wants to play; the medical people are holding him back. You don’t want to rush him back if it’s not 100%. There are certain movements he has where it’s still sore.”

Pistons general manager Troy Weaver says that he’s “anticipating” that Cunningham’s debut will hopefully be when the team gets “back off the road”—which could be after their three-game road trip that ends on Thursday. Their home opener against the Magic is on October 30th.

“He’s pretty much day-to-day, but we need to ramp him up and get some conditioning going and get him acclimated to going full speed in 5-on-5,” Weaver on the Stoney & Jansen Show on 97.1 The Ticket (via the Detroit News). “Hopefully, we’ll get him back sooner than later, but I would anticipate hopefully seeing him when we get back off the road.”

The team’s medical staff will monitor Cunningham’s progress and could clear him by the end of the week.