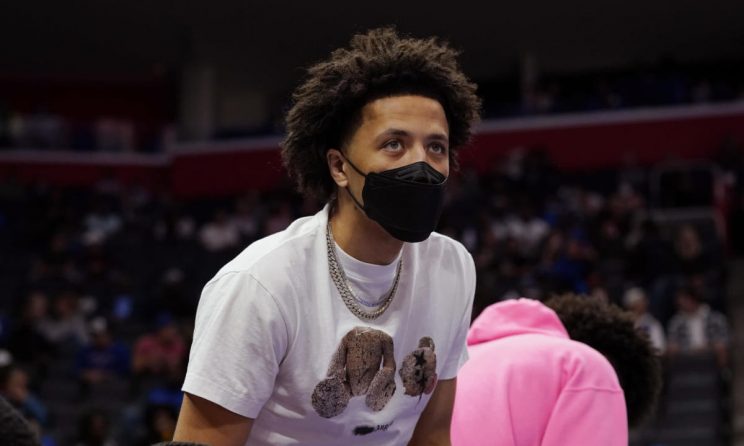 Cunningham turned his ankle in practice last week and has been unable to fully participate in training camp. He missed the Pistons’ preseason opener on Wednesday versus the San Antonio Spurs but was able to do a little bit more in practice on Friday, Casey said.

“Cade is still a few days away,” Casey said. “(He) did a little bit more today. We’ll see where he is come Monday.”

Casey said the team would be cautious with the injury in an effort to get him fully healed ahead of the season. He said that Cunningham would need to participate in 2-3 practices before gaining clearance to play in order to get him up to speed.

Casey previously said minor nicks and bruises are part of training camp. He hasn’t sounded too concerned when discussing the setback but wanted to ensure Cunningham was fully healthy before clearing him to return to practice.

The Pistons have been preaching patience with Cunningham throughout training camp. They know he will have some ups and downs this year but they will be focusing more on developing him the right way, on and off the court.

Cade Cunningham packed on over 10 pounds of muscle during summer