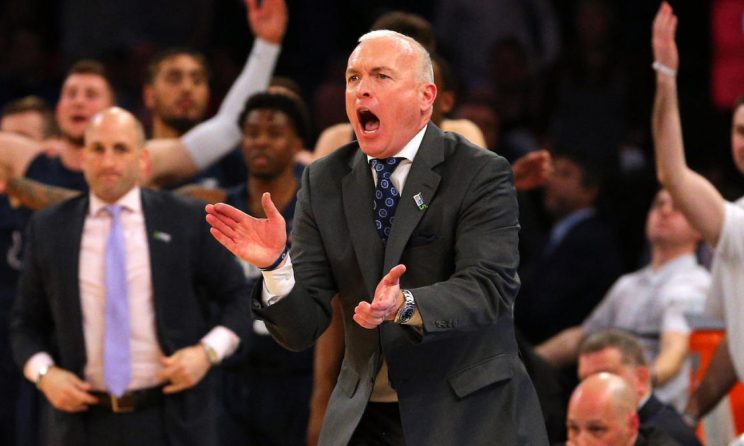 “Today, I’m announcing my departure from Penn State,” said Chambers in a statement. “I am so proud of all our program has accomplished these past nine years, and I will be forever grateful to the Penn State community for its ongoing support.”

Chambers came under fire earlier this summer after former standout Rasir Bolton tweeted explosive allegations accusing Chambers of being racially insensitive and inappropriate. In Bolton’s statement, in which he explained why he was leaving Penn State, he revealed that Chambers had used the phrase, “I want to loosen the noose that’s around your neck.” Chambers later admitted to using the noose metaphor, and expressed remorse for using it in an exchange that took place in 2019. Per Penn State’s statement, his resignation comes after separate allegations of misconduct surfaced.

“Anyone who has ever coached — especially at this level — knows the exceptional amount of energy and focus it takes to deliver each and every day,” said Chambers announcing his resignation. “This has been an incredibly difficult year for me and my family, and we are in need of a break to re-set and chart our path forward. So, I’m taking a step back to prepare myself for the next 20 years. I remain deeply committed to helping student-athletes reach their full potential on and off the court, and I look forward to giving my all for them in my next role.”

Chambers signed a four-year contract extension in the spring of 2018 on the heels of winning the NIT Championship. He was retained the following year after the Nittany Lions went 14-18, and they bounced back last season with a 21-10 record. Chambers had been the head coach for the Nittany Lions since 2011, where in nine seasons he amassed a 148-150 record and failed to lead the program to an NCAA Tournament berth.

Penn State athletic director Sandy Barbour said in a statement that assistant coach Jim Ferry will serve as the team’s interim head coach for the 2020-21 season. Ferry, 53, has been an assistant on Chambers’ staff since 2017 and has 30 years of coaching experience. He most recently served as a head coach at Duquesne, where from 2012-2017 he went 60-97 and was eventually fired.