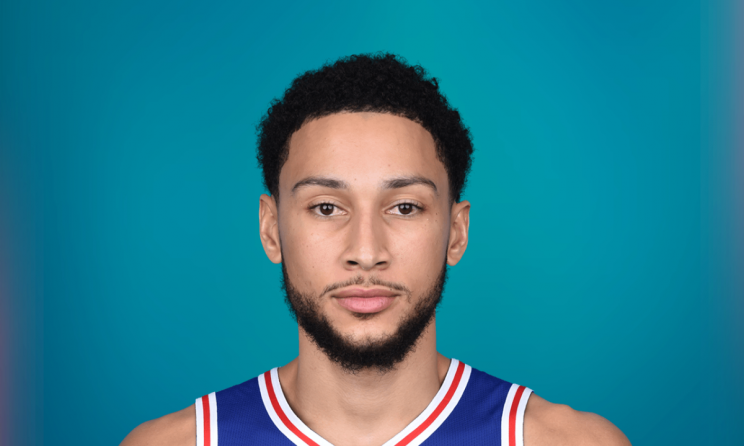 The 76ers are looking for trade partners, with USA Today’s Jeff Zillgitt reporting the team is “targeting” squads in the Western Conference. However, ESPN’s Brian Windhorst said Friday the Indiana Pacers may emerge as a contender, calling them “the sleeper team in this whole situation” on ESPN’s The Jump (2:30 mark). Simmons, 25, has been at odds with the Sixers since their loss to the Atlanta Hawks in the Eastern Conference Semifinals in June. Simmons averaged just 9.9 points per game in that series, and he didn’t attempt a shot in the fourth quarter of Game 7.
Source: Nate Loop @ Bleacher Report

Chris Fedor @ChrisFedor
As I wrote a few weeks ago, & said on the recent podcast, as long as Ben Simmons is available, #Cavs will be interested in adding that level of talent. The asking price is high. That matters. And whether Cavs can make the best offer, one that Philly would accept, is a question. – 11:04 PM

Ky Carlin @Ky_Carlin
Obviously, things are gonna be different for Philadelphia now with Ben Simmons out of the picture. Doc Rivers explains just how different things have been without Simmons in training camp thus far. #Sixers sixerswire.usatoday.com/2021/10/02/doc… via @SixersWire #NBA – 7:01 PM

Keith Pompey @PompeyOnSixers
Ben Simmons vs. the #Sixers: An inside look at a messy #NBA divorce inquirer.com/sixers/sixers-… via @phillyinquirer #PhilaUnite – 2:19 PM

Tom Moore @TomMoorePhilly
#NBA column on how Ben Simmons’ impasse with the #76ers will be resolved (for subscribers), plus columns on Tobias Harris’ extra motivation, the #Phillies stumbling again in September and more: bit.ly/3vUkJbp pic.twitter.com/6gj6pjq4UQ – 12:00 PM

Keith Pompey @PompeyOnSixers
Ben Simmons vs. the #Sixers: An inside look at a messy NBA divorce inquirer.com/sixers/sixers-… via @phillyinquirer – 6:13 AM

Keith Pompey @PompeyOnSixers
Ben Simmons vs. the #Sixers: An inside look at a messy #NBA divorce inquirer.com/sixers/sixers-… via @phillyinquirer – 5:03 AM

Tom Moore @TomMoorePhilly
#Sixers column: A look at how the Ben Simmons situation could end, along with the likelihood of each scenario (for subscribers): bit.ly/3kVZFiD #NBA #76ers pic.twitter.com/iueD2CMxz4 – 11:00 PM

Tom Moore @TomMoorePhilly
#Sixers column: What will happen with Ben Simmons and when (for subscribers)? bit.ly/3kVZFiD #NBA pic.twitter.com/9gJKIs8UvA – 7:30 PM

Tim Bontemps @TimBontemps
New ESPN story with @Brian Windhorst and @Bobby Marks: The latest developments in the Ben Simmons saga – including the $8.25 million owed to him today being placed into an escrow account, with future fines to be taken from it – and what comes next.
espn.com/nba/story/_/id… – 3:51 PM

CBS NBA @CBSSportsNBA
76ers won’t pay Ben Simmons $8.25 million that was due on Oct. 1, as stalemate between the two sides drags on
cbssports.com/nba/news/76ers… – 3:51 PM

The Vertical @YahooSportsNBA
As Ben Simmons holds out for a trade, the 76ers are not paying him the $8.25M he was due today, per @Shams Charania. pic.twitter.com/AM4hLkFRQh – 3:09 PM

Doug Smith @SmithRaps
No one ever thought the Sixers actually would pay Ben Simmons $8.25 million today, did they? – 3:03 PM

Tim Bontemps @TimBontemps
Reporting with @Brian Windhorst and @Bobby Marks: Sources confirm the 76ers have not paid Ben Simmons the $8.2 million he was owed today. The money has been put in an escrow account, & any fines accrued by him for not showing up will be deducted from that amount moving forward. – 3:01 PM

Shams Charania @ShamsCharania
Sources: The 76ers are not paying Ben Simmons his $8.25 million payment due today as the three-time All-Star awaits a trade. Simmons still is not showing up to Philadelphia and has understood the ramifications of his holdout. – 2:56 PM

Nate Duncan @NateDuncanNBA
I think Rich Paul and Ben Simmons might have flown a little too close to the sun. There are plenty of ways to maintain plausible deniability on performing your contract and get what you want, e.g. Butler, Harden. But this is just too overt a breach, makes it too easy for the team – 2:41 PM

Marc Stein @TheSteinLine
Weekend dime-dropping time, friends …
Early reviews of the new Wilson basketball, Day 5 of Ben Simmons’ holdout in Philly and much more you won’t read anywhere else … all via my latest This Week In Basketball column: marcstein.substack.com/p/new-balls-pl… – 2:30 PM

Jake Fischer @JakeLFischer
The Sixers will indeed not pay Ben Simmons the 25% of his salary due today, according to league sources. And there are now growing whispers that Simmons could respond by actually reporting to Philadelphia, albeit maintaining that he is injured: bleacherreport.com/articles/29489… – 2:21 PM

Lang Greene @LangGreene
The funniest part of this Ben Simmons saga is the fact that Ben acts as if the fans of his new team won’t ask him to shoot jump shots either – 1:46 PM

Tom Moore @TomMoorePhilly
#NBA column: A look at the outcomes with percentages as to how the #Sixers‘ situation with Ben Simmons gets resolved (for subscribers): bit.ly/3kVZFiD #76ers pic.twitter.com/6kjnHlI7wy – 12:25 PM

Howard Beck @HowardBeck
New Crossover pod: The Sixers’ mess was too big to tackle with just one expert, so I got two Processologists to break it down: @Yaron Weitzman and @Jake Fischer.
How did we get here? What’s next for Ben Simmons? And What Would Hinkie Think?
Subscribe: link.chtbl.com/crossover – 11:44 AM

Marc Stein @TheSteinLine
Ben Simmons is due 25 percent of his salary ($8.25 million) today, but whether or not the Sixers issue the check on Day 5 of Ben’s holdout one source close to the process says Simmons’ camp believes it will ultimately get the money either way after a trade or separate resolution. – 10:00 AM

Tom Moore @TomMoorePhilly
#Sixers column: How will the Ben Simmons situation end up being resolved (for subscribers)? bit.ly/3kVZFiD #NBA pic.twitter.com/M8FbwJhZCb – 9:30 AM

Tom Ziller @teamziller
What struck me about Joel Embiid’s comments on Thursday was not that he was coming for Ben Simmons. It was that Embiid is showing a pretty remarkable level of equanimity in all of this. ziller.substack.com/p/in-appreciat… pic.twitter.com/4qbCFwWWyE – 9:11 AM

Tom Moore @TomMoorePhilly
#NBA column: A look at potential outcomes with percentages on how the #Sixers‘ situation with Ben Simmons ends up being resolved (for subscribers): bit.ly/3kVZFiD #76ers pic.twitter.com/oEd7jMD2oV – 6:40 AM

Rich Hoffman @rich_hofmann
Even as they’ve won a bunch of games, everyone has questioned Joel Embiid and Ben Simmons’ on-court fit. When presented with the idea that Simmons thinks Embiid is holding him back, well, Embiid didn’t hold back.
Embiid told the truth: theathletic.com/2860386/2021/0… – 7:27 PM

The Jump @_Talkin_NBA
Here’s how much money Ben Simmons will lose if he doesn’t rejoin the 76ers (via @Bobby Marks)
#NBATwitter pic.twitter.com/1uSvJlOEyF – 3:08 PM

Kyle Neubeck @KyleNeubeck
Joel Embiid, who does note the Sixers are better with Ben Simmons around, says today that report suggesting they’re not a fit together is “borderline disrespectful” to other guys on the team in a wide-ranging answer pic.twitter.com/UUeu5xtNAK – 2:08 PM

Rich Hoffman @rich_hofmann
Joel Embiid was asked what his reaction is to the report that Ben Simmons feels their on-court relationship has run its course. He talked for a while.
Here’s the first part (second part coming in the next tweet). pic.twitter.com/DX5SRdrX7K – 1:54 PM

Noah Levick @NoahLevick
Joel Embiid said the Ben Simmons situation is “weird, disappointing, borderline disrespectful” in an extended answer a few minutes ago.
Embiid reiterates he hopes Simmons comes to camp and said the team is better with him. Said he’s focused on the players here. – 1:46 PM

Bobby Marks @BobbyMarks42
The challenge of finding the “perfect” trade for Ben Simmons.
We took the 29 teams and divided them into 5 groups.
The results are a trade market that is lukewarm at best.
espn.com/nba/insider/st… – 8:45 AM

A league source said the Minnesota Timberwolves, Indiana Pacers, Cleveland Cavaliers, Detroit Pistons, Toronto Raptors and San Antonio Spurs are still inquiring about Simmons’ availability. But for now Simmons remains with Philly — and is being punished for missing time. The Sixers withheld $8.25 million of his salary Friday and placed the payment in an escrow account, sources confirmed. His contract is structured for him to receive 50% of this season’s $33 million salary by Oct. 1. -via The Philadelphia Inquirer / October 2, 2021

However, a source expects Simmons to receive all of the money owed to him. The belief is whichever team that acquires him is going to waive the fines the Sixers put in place. The Sixers’ position that they’re not going to trade Simmons just to make a trade has been consistent. -via The Philadelphia Inquirer / October 2, 2021

Ben Simmons … MVP candidate??? Metta Sandiford-Artest thinks so … telling TMZ Sports he truly believes the Philadelphia 76ers guard (at least for now, that is) … will be one of the best players in the NBA this season. The NBA champ had high praises for the disgruntled star when we spoke with him this week … and despite all the drama surrounding his trade demand, Metta says it will be a breakthrough season for the 25-year-old. “This kid is going to be an MVP candidate,” the former All-Star emphatically expressed. “Just because he’s a superstar doesn’t mean he needs to be a shooter.” -via TMZ.com / October 2, 2021