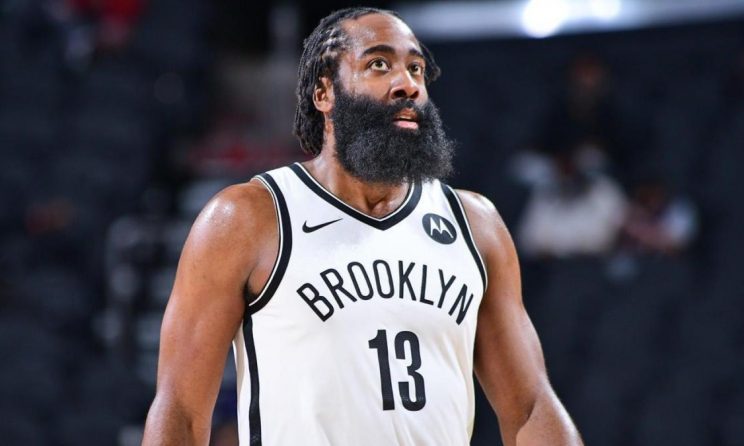 The Toronto Raptors host the Brooklyn Nets on Sunday in a showdown featuring two teams with winning records from the Eastern Conference. The Raptors are 6-4 this season, winning five of their last six games. The Nets bring a four-game winning streak into Sunday’s showdown, with a 2-1 mark in road games this season.

Tip-off is at 3:30 p.m. ET in Toronto. Caesars Sportsbook lists the Nets as 3.5-point favorites, while the over-under, or total number of points Vegas thinks will be scored, is 209.5 in the latest Nets vs. Raptors odds. Before you make any Raptors vs. Nets picks or NBA predictions, you need to see what SportsLine’s advanced computer model has to say.

Now, the model has set its sights on Nets vs. Raptors and locked in its coveted NBA picks and predictions. You can head to SportsLine now to see the model’s picks. Here are several NBA odds and betting lines for Raptors vs. Nets:

Why the Nets can cover

In the early going of the 2021-22 campaign, the Nets aren’t flying as high offensively as they were last season. The Nets finished with the NBA’s best offensive rating in 2020-21, putting incredible pressure on the opposition with lights-out shooting and multiple elite shot creators. In the absence of Kyrie Irving, Brooklyn isn’t quite as explosive, but Kevin Durant remains one of the best players in the NBA.

Durant is averaging 28.3 points, 8.8 rebounds and 5.2 assists per game, and even with some substandard shooting in the first few games, the Nets are now in the top five of the NBA in overall shooting efficiency. That is headlined by 36.9 percent from 3-point range, with Brooklyn ranking as an above-average team in both assists (24.0 per game) and free throw creation rate. Brooklyn is out-scoring opponents by more than 11 points per 100 possessions during a four-game winning streak.

Why the Raptors can cover

Toronto is an outstanding defensive team, which is badly needed against an elite Nets offense. The Raptors rank in the top eight of the NBA in allowing 103.4 points per 100 possessions, and Toronto leads the league in both steals (11.1 per game) and fast break points allowed (8.5 per game). Toronto is also a top-three team in turnover creation rate, forcing a giveaway on 18.3 percent of defensive possessions, and the Raptors are allowing only 40.4 points per game in the paint, No. 3 in the NBA.

On the offensive side, OG Anunoby is enjoying a breakout season, averaging 20.6 points and 5.6 rebounds per game, and rookie Scottie Barnes is adding 17.6 points and 8.9 rebounds per contest. Toronto is leading the NBA in offensive rebound rate, snatching 35 percent of available rebounds after missed shots, and the Raptors protect the ball well by committing a turnover on only 13.8 percent of possessions.

How to make Raptors vs. Nets picks

SportsLine’s model is leaning over on the total, projecting 216 combined points. The model also says one side of the spread hits in nearly 60 percent of simulations. You can only see the model’s pick at SportsLine.