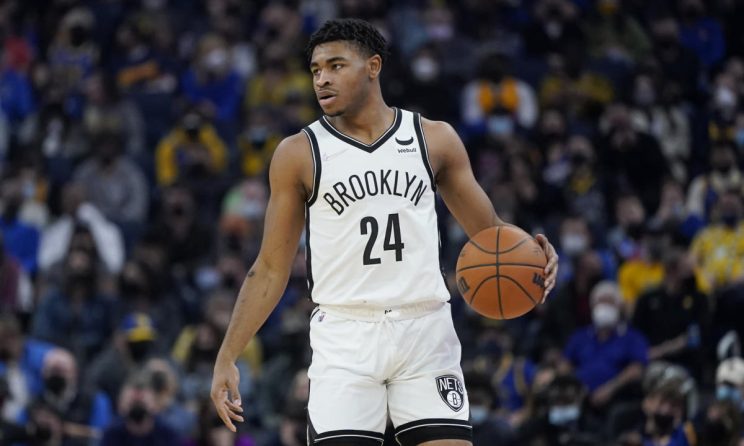 Denver Nuggets head coach Michael Malone commended Brooklyn Nets rookie Cam Thomas for his ability as a scorer ahead of their matchup on Sunday.

Thomas entered the NBA draft highly touted for his scoring and ability to take over games. The former LSU standout even thought he was the top scorer in the draft class, something that has been on display throughout the season.

The skillset of Thomas is certainly something that every team in the NBA can use and a big reason why Malone is impressed with him. Malone even revealed that Thomas was in consideration for them with the 26th pick in the draft last year.

He is a guy that we discussed a lot going into that draft. You look at his one season at LSU and the fact that, as a freshman in a power conference, scored 20 points a night. … He is kinda like a Vinnie Johnson, the “Microwave” (type of player). That guy can just catch and fire.

With the Nets down several players, including Kevin Durant and James Harden, Thomas has been playing a larger role as of late. He didn’t see consistent playing time to start the season but has appeared in every game for the Nets since Jan. 7.

Thomas has responded with some strong performances, including a career-high 30 points on Friday in a loss to the Utah Jazz. He also had 20 points in a loss to the Nuggets on Sunday as the Nets dropped their eighth consecutive game.

Malone believes Thomas has shown plenty of potential this season.

He takes and makes some tough shots. He can get his own shot. He elevates and shoots over you so I think he has a ton of potential. He has shown already in these 50 games of the NBA season that he is a guy that can go out there and score at a high level against really good competition.

While the Nets have struggled as of late, Thomas has been one bright spot given his recent play. He has earned high praise from his teammates and coaching staff throughout the season, and even opposing teams have noticed, as well.

‘He showcased his brilliance’: Nets react to Cam Thomas’ game-winner