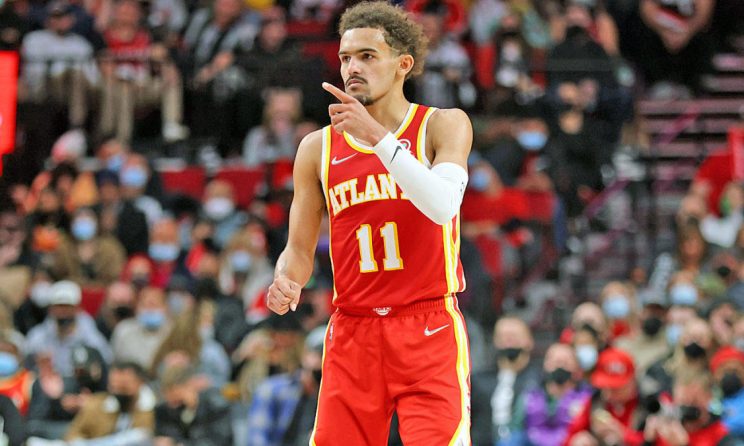 Nearly every NBA team is in action on Wednesday, which makes for one of the deepest NBA DFS player pools in recent memory. Fantasy basketball players hope that means they are able to pick out someone like Clippers forward Nicolas Batum, who had his best game of the season last night against the Pacers. Batum finished with 32 points, five rebounds, three assists and two blocks in the win. The 13-year vet has looked strong over his last two starts, but should you include him in your NBA DFS lineups for Wednesday?

The Clippers are at Denver on Wednesday, and when the two teams met three weeks ago, Batum came away with just six points and four rebounds. Is Batum more likely to replicate his production over the last two games, where he has shot 60 percent from the field and made eight of his 14 three-pointers, or that of his last meeting with the Nuggets? Before making your NBA DFS picks for Wednesday, be sure to check out the NBA DFS advice, player rankings, stacks and top daily Fantasy basketball picks from SportsLine’s Mike McClure.

On Tuesday, McClure included Knicks forward Julius Randle as one of his top NBA DFS picks on both DraftKings and FanDuel. The result: Randle stuffed the stat sheet with 21 points, nine rebounds, nine assists, four blocks and two steals. His well-rounded night produced 56.25 points on DraftKings and 60.3 points on FanDuel. Anybody that included him in their lineups was well on the way to a profitable day.

Now, McClure has turned his attention to the Wednesday, January 19, NBA DFS slate and locked in his top daily Fantasy basketball picks. You can only see them by heading to SportsLine.

One of McClure’s top NBA DFS picks for Wednesday is Hawks point guard Trae Young, who is listed at $9,800 on DraftKings and $9,600 on FanDuel. Young has been on a torrid scoring streak over his last three starts, and is coming off of his best offensive performance since January 3, when he scored 56 points against Portland. On Monday against the Bucks, he scored 30 points and dished out 11 assists in a big home win.

The Hawks are home again on Wednesday to play the Minnesota Timberwolves, who just allowed Kemba Walker to score 19 points with four assists and a steal in a win over the Knicks on Tuesday. Golden State’s Jordan Poole also scored 20 while manning the point in relief of Stephen Curry against Minnesota last Sunday. Young is a far more dynamic scorer than either Walker or Poole, and should be able to expose the Wolves defense yet again.

Another key in McClure’s optimal NBA DFS strategy includes rostering Utah point guard Mike Conley ($9,200 on DraftKings and $8,400 on FanDuel). Conley is coming off of a 20-point, four-assist night in a loss to the Lakers on Monday. Over his last two starts, he’s hit 9-of-18 three-point attempts.

Conley is going up against his softest defensive matchup in the last 10 days when the Jazz host the Houston Rockets tonight. Houston has allowed the most Fantasy points to opposing point guards on both DraftKings and FanDuel this season. The Jazz have been giving Conley rest days intermittently throughout the season to not aggravate his knee from a prior injury, but he’s not likely to want to miss his next game after a big performance in his last start. He should also shoulder a bigger scoring load with Utah without Donovan Mitchell (concussion).

How to set your NBA DFS lineups for Wednesday, January 19

McClure is also targeting a player who could go off for massive numbers on Wednesday because of a dream matchup. This pick could be the difference between winning your tournaments and cash games or going home with nothing. You can only see who it is here.

So who is DFS pro Mike McClure putting in his optimal NBA DFS lineups for Wednesday? Visit SportsLine now to see optimal NBA DFS picks, rankings, advice, and stacks, all from a professional DFS player who has almost $2 million in career winnings, and find out.