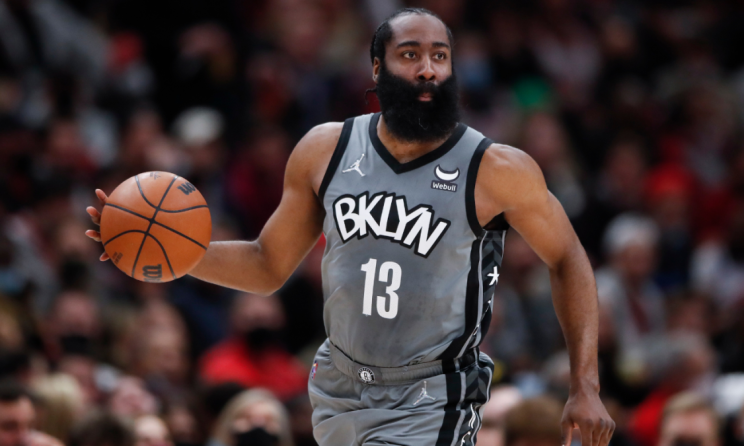 There are six games on the Saturday NBA schedule and NBA daily Fantasy players will be scouring those matchups in search of value. Joel Embiid has been an absolute monster of late, with at least 38 points and 12 rebounds in four of his last five games, and he’ll be extraordinarily difficult to gameplan for a Kings squad that ranks 29th in defensive rating (114.4). Sacramento could also be without De’Aaron Fox (ankle), which could thrust Davion Mitchell back into the starting lineup.

Mitchell had 20 points and six assists as a starter on Wednesday and he could be an affordable option for NBA DFS lineups on Saturday that could help you free up the cap space to acquire high-upside stars. It’s a loaded NBA DFS player pool that includes Stephen Curry, Ja Morant, Jayson Tatum and Luka Doncic, so finding ways to afford that upper-echelon talent could help you score a big payday. Before finalizing any NBA DFS picks, be sure to check out the NBA DFS advice, player rankings, stacks and top daily Fantasy basketball picks from SportsLine’s Mike McClure.

On Friday, McClure included Suns forward Cameron Johnson as one of his top NBA DFS picks on both DraftKings and FanDuel. The result: Johnson had 23 points, five rebounds, four assists and two steals to return 8x on FanDuel and nearly 9x on DraftKings. Anybody that included him in their lineups was well on the way to a profitable day.

Now, McClure has turned his attention to the Saturday, January 29, NBA DFS slate and locked in his top daily Fantasy basketball picks. You can only see them by heading to SportsLine.

One of McClure’s top NBA DFS picks for Saturday is Heat center Bam Adebayo, who is listed at $7,300 on DraftKings and $8,000 FanDuel. After missing 22 games with a thumb injury, Adebayo has been back in the Miami lineup for almost two weeks now and he’s coming off his second 20-point double-double on Friday night.

Adebayo had 20 points and 12 rebounds in a win over the Clippers and is now averaging 18.0 points and 9.9 rebounds per game this season. He’s also still one of the best passing big men in the NBA, averaging 3.7 assists and dishing out 15 helpers in his last two games alone. Adebayo has a juicy matchup against a Raptors squad that ranks 18th in the NBA in defensive rating (110.6) for the season.

Another part of McClure’s optimal NBA DFS strategy includes rostering Nets guard James Harden ($11,200 on DraftKings and $10,200 on FanDuel). With Kevin Durant (knee) out and Irving still limited to road games, Harden has had to carry a heavier load for the Nets of late and it’s a role that he’s more than comfortable with after winning multiple scoring titles in Houston.

Harden didn’t play on Wednesday because of a hamstring injury, but he is expected to return to the lineups against the Warriors on Saturday and he’s had two 30-point triple-doubles in his last three starts. After a relatively slow start to the year, Harden is now averaging 23.0 points, 10.1 assists and 8.1 rebounds per game, and he’s a safe bet to stuff the stat sheet again on Saturday in a marquee matchup against Golden State.

How to set your NBA DFS lineups for Saturday, January 29

McClure is also targeting a player who could go off for massive numbers on day because of a dream matchup. This pick could be the difference between winning your tournaments and cash games or going home with nothing. You can only see who it is here.

So who is DFS pro Mike McClure putting in his optimal NBA DFS lineups for Saturday? Visit SportsLine now to see optimal NBA DFS picks, rankings, advice, and stacks, all from a professional DFS player who has almost $2 million in career winnings, and find out.