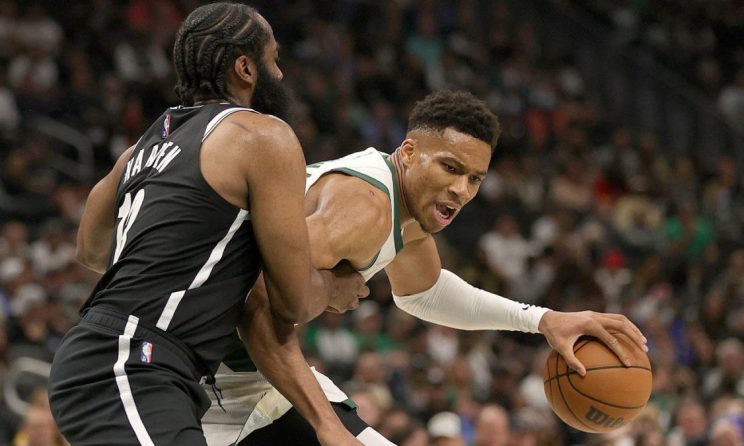 LeBron James had a triumphant return after missing two games with an ankle injury as he posted 26 points and eight assists in a Lakers’ win on Friday. However, he is still part of a lengthy Lakers’ injury report as James is listed as questionable for Sunday, while Anthony Davis (knee) is probable. With two of the Lakers’ stars banged up, will the third in Russell Westbrook make out as one of Sunday’s top NBA DFS picks? Or which role players for Los Angeles could make impacts in NBA DFS lineups with the Houston Rockets in town?

While the Lakers are loaded with veterans, the Rockets are riding a youth movement centered around 19-year-old rookie Jalen Green. The No. 2 overall pick has scored in double-figures in three straight games after opening the year with back-to-back single-digit point games. Is Suggs worth plucking from a rather-shallow NBA DFS player pool on Sunday? Before locking in your NBA DFS picks for Sunday on sites like FanDuel or DraftKings, be sure to check out the NBA DFS advice, player rankings, stacks and top daily Fantasy basketball picks from SportsLine’s Mike McClure.

On Saturday, McClure listed Pelicans center Jonas Valanciunas in his player pool on both sites. The result: Valanciunas had 27 points, 14 rebounds and four assists to return 51.5 points on DraftKings and 47.8 points on FanDuel. Anybody that included him in their lineups was well on the way to a profitable day.

Now, McClure has turned his attention to the Sunday, Oct. 31 NBA DFS slate and locked in his top daily Fantasy basketball picks. You can only see them by heading to SportsLine.

One of McClure’s top NBA DFS picks for Sunday is Bucks forward Giannis Antetokounmpo at $11,000 on DraftKings and $11,300 on FanDuel. The reigning Finals MVP is coming off a 28-point, 13-rebound performance on Saturday which is his fifth double-double in six games this year.

Antetokounmpo is putting up his typical All-NBA numbers with averages of 27.7 points, 11.8 rebounds, 6.0 assists and 1.7 blocks per game. The Bucks get an early season test vs. the Jazz on Sunday and Antetokounmpo will be out to prove that Milwaukee is still the class of the NBA. Three-time Defensive Player of the Year Rudy Gobert has been no match for Antetokounmpo as the Greek Freak averaged 32 points, 11.5 rebounds and 5.0 assists last year vs. Utah.

Another key in McClure’s optimal NBA DFS strategy includes rostering Nets guard Bruce Brown ($4,500 on both DraftKings and FanDuel). Brown has moved into the Nets’ starting lineup with Kyrie Irving still unable to play and he’s averaged 11.3 points and 4.7 rebounds as a starter.

Outside of Irving, the Nets will also be without Nicolas Claxton and Paul Millsap on Sunday so Brown will be asked to do even more. He should be up to the task with the Pistons in town as Brown was drafted by, and traded from, Detroit. He will be out to show his former team what it’s missing and is a steal at his listed NBA DFS price tags.

How to set NBA DFS lineups for Sunday, October 31

McClure is also targeting a player who could go off for massive numbers on Sunday because of a dream matchup. This pick could be the difference between winning your tournaments and cash games or going home with nothing. You can only see who it is here.

So who is DFS pro Mike McClure putting in his optimal NBA DFS lineups for Sunday? Visit SportsLine now to see optimal NBA DFS picks, rankings, advice, and stacks, all from a professional DFS player who has almost $2 million in career winnings, and find out.