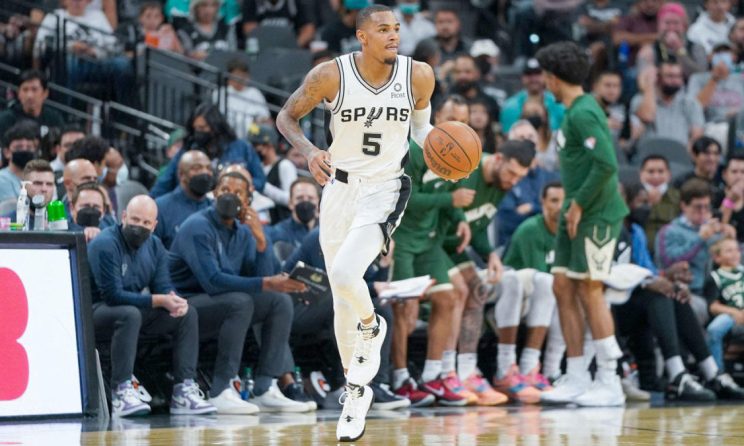 The Thursday night NBA schedule only features three games, making it a bit of a unique slate and NBA DFS player pool on sites like FanDuel and DraftKings. Four of the six teams in action are playing the second of back-to-back games following Wednesday night. Donovan Mitchell scored 36 points on Wednesday against the Timberwolves, but can he do it again the next night at Philadelphia?

Throughout his career, Mitchell’s points (24) and rebounds (4.5) per game are all higher on no rest than any other length between games. Is he a good bet to lead your NBA DFS lineups and stay hot after four consecutive games of scoring 30 points or more? Before locking in your NBA DFS picks for Thursday, be sure to check out the NBA DFS advice, player rankings, stacks and top daily Fantasy basketball picks from SportsLine’s Mike McClure.

On Wednesday McClure listed Brooklyn star James Harden as one of his core NBA DFS picks on FanDuel and DraftKings. The result: Harden scored 25 points with 11 rebounds and eight assists, which returned 53.75 points on DraftKings and 48.2 points on FanDuel. Anybody that included him in their lineups was well on the way to a profitable day.

Now, McClure has turned his attention to the Thursday, December 9 NBA DFS slate and locked in his top daily Fantasy basketball picks. You can only see them by heading to SportsLine.

One of McClure’s top NBA DFS picks for Thursday includes Spurs guard Dejounte Murray at $9,700 on DraftKings and $9,800 on FanDuel. The Spurs just battled through a mini-gauntlet of tough defensive teams over their last three games, but get a beat-up Nuggets team that is playing its sixth consecutive road game and the second of a back-to-back after beating New Orleans on Wednesday.

The two teams actually play again on December 11, but Murray should steal the show tonight. He had a bit of an off performance when the two teams met earlier this year, but last season, he averaged 18.7 points and 6.3 rebounds in three games against the Nuggets. As a visitor, Denver has allowed opponents to hit 47.8 percent of their shots from the field. Murray should get back into a rhythm tonight and give a preview for what he brings to the table for Saturday as well.

Another part of McClure’s optimal NBA DFS strategy includes rostering Grizzlies guard Tyus Jones ($6,000 on DraftKings and $5,800 on FanDuel). Memphis played the first of a home back-to-back on Wednesday, and although Jones didn’t light up the scoreboard, he was effective. He finished with eight assists, five rebounds and two steals to go with his five points.

The Grizzlies host the Lakers on Thursday, who have only played two games in the last eight days, but have won three of their last four. Although Jones only took seven shots in Wednesday’s loss to Dallas, he should be more assertive on Thursday. In the three games preceding the Mavs, he averaged 13.3 points, 4.3 rebounds and 7.7 assists.

How to set NBA DFS lineups for Thursday, December 9