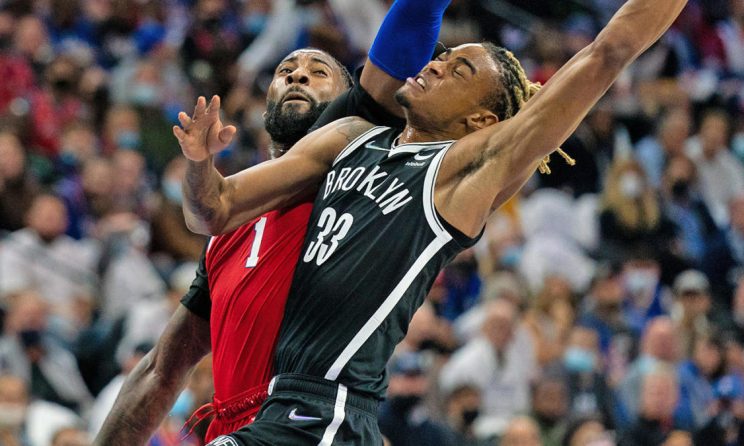 Daily Fantasy basketball owners will have to adjust to a limited NBA DFS player pool Tuesday with just three games on the schedule. But a lack of quantity is made up for with the high quality of players as stars such as Giannis Antetokounmpo, Trae Young, Paul George and Damian Lillard will be in action. Of those four, Lillard is the most intriguing as the six-time All-Star is off to the worst start of his career. But he did pour in 25 points in his last game, surely rewarding those who slotted him into their NBA DFS lineups.

Can Lillard stay hot against the Clippers and rebound from a 12-point performance versus LA in late October? Or will Los Angeles put the clamps on Lillard, forcing you to look elsewhere when making NBA DFS picks? Before setting your NBA DFS strategy for Tuesday, be sure to check out the NBA DFS advice, player rankings, stacks and top daily Fantasy basketball picks from SportsLine’s Mike McClure.

On Monday, McClure listed Lakers guard Russell Westbrook as a must-play on FanDuel and DraftKings. The result: Westbrook went off for a triple double with 17 points, 14 assists and 12 rebounds to return 60 points on DraftKings and 54.4 points on FanDuel. Anybody that included him in their lineups was well on the way to a profitable day.

Now, McClure has turned his attention to the Tuesday, November 9 NBA DFS slate and locked in his top daily Fantasy basketball picks. You can only see them by heading to SportsLine.

One of McClure’s top NBA DFS picks for Tuesday is 76ers center Andre Drummond at $7,200 on FanDuel and $7,700 on DraftKings. Starting center Joel Embiid is in health and safety protocols and will be unavailable Tuesday, allowing Drummond a full share of minutes. He’s coming off monstrous 25-rebound, 14-point game on Monday and clearly relishes more playing time.

The big man certainly hasn’t disappointed when thrust into the starting lineup as he’s averaging 14 points and 20 rebounds per game as a starter compared to 4.9 points and 7.8 boards as a reserve. Drummond should feast off the Bucks’ undersized front line on Tuesday as Milwaukee will be without starting center Brook Lopez (back). The Bucks rank just 23rd in rebounds allowed so look for Drummond to pad his stats, again, with Embiid on the shelf.

Another key in McClure’s optimal NBA DFS strategy includes rostering Bucks forward Antetokounmpo ($11,300 on FanDuel and $11,400 on DraftKings). The reigning Finals MVP is coming off 29 points and a season-high of 18 rebounds on Sunday vs. the Wizards.

Lopez’ absence, as well as Khris Middleton being out, also affects Antetokounmpo who will be asked to do more against the Sixers. The two-time MVP is already doing everything on the court as he’s scored at least 25 points in seven straight games, while posting four double-doubles over that stretch. Look for Antetokounmpo to be ultra-aggressive on Tuesday as while Drummond is among the best rebounders in the league, he doesn’t protect the paint as well as Embiid does. The Greek Freak averaged 12 FTAs per game last year vs. Philly so expect a similar level of assertiveness tonight.

How to set NBA DFS lineups for Tuesday, November 9

McClure is also targeting a player who could go off for massive numbers on Tuesday because of a dream matchup. This pick could be the difference between winning your tournaments and cash games or going home with nothing. You can only see who it is here.

So who is DFS pro Mike McClure putting in his optimal NBA DFS lineups for Tuesday? Visit SportsLine now to see optimal NBA DFS picks, rankings, advice, and stacks, all from a professional DFS player who has almost $2 million in career winnings, and find out.